Chris Rock has made his first public appearance since Will Smith slapped him during Sunday night’s Oscars ceremony.

Hosting the latest leg of his US tour in Boston, the comic told fans that he is “still processing what happened”.

Rock, who was greeted with a standing ovation by fans, also denied some reports in US media that he had spoken to Smith since the incident.

It comes as the Oscars organisers revealed that Smith was asked to leave after hitting Rock, but refused.

Smith slapped the comedian after he made a joke about his wife Jada Pinkett Smith’s shaved head, a result of the hair-loss condition alopecia.

“How was your weekend?” Rock jokingly greeted the crowd at his show at Boston’s Wilbur Theatre, before saying he did not plan to address the incident at length.

The 57-year old, who is currently starring in his “Ego Death” tour of the US, told fans that he had written the “show before all this nonsense happened,” but promised to address the incident in the near future.

“I’m still kind of processing what happened, so at some point I’ll talk about that,” Rock said. “And it’ll be serious and it’ll be funny, but right now I’m going to tell some jokes.”

He also denied claims made by some, including by rapper P. Diddy, that the pair had cleared the air following the show.

“I haven’t talked to anyone, despite what you heard,” Rock said. 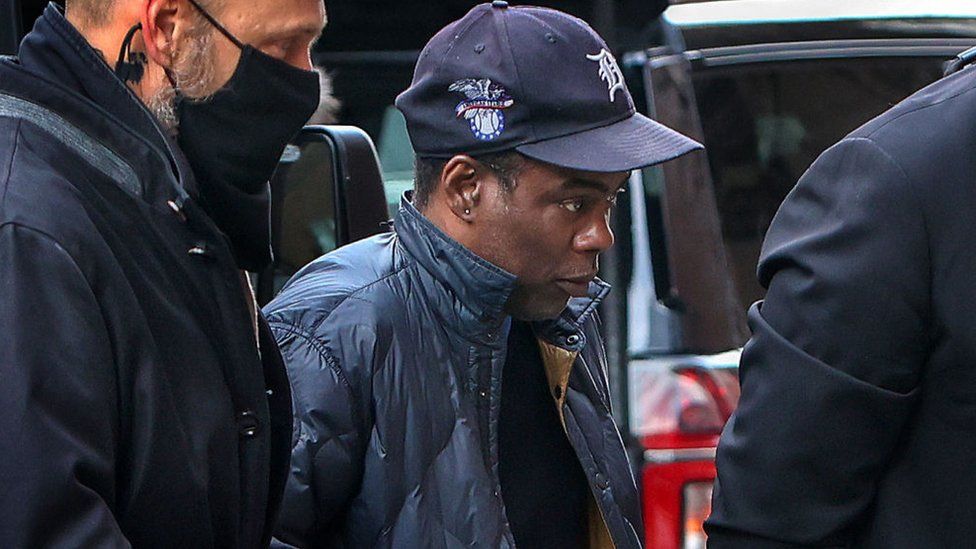 Chris Rock arrives for the first of two Boston shows

Steve Sarro, who attended the show in Boston, told BBC Breakfast that fans had shown their support of the star.

“As soon as he got on stage, we immediately broke into a standing ovation,” Sarro said.

“He couldn’t get a word out for a few minutes. And we saw him wipe the tears from his eyes, which, you know, it made him feel good, obviously.”

Rock’s comments come as Oscars organisers the Academy of Motion Pictures Arts and Sciences revealed that Smith was asked to leave the event after the incident.

“Mr Smith was asked to leave the ceremony and refused, [but] we also recognise we could have handled the situation differently,” the statement said.

It also announced it had “initiated disciplinary proceedings against Mr Smith for violations of the Academy’s Standards of Conduct” and apologised to Rock.

The Academy said action may be taken at its next board meeting on 18 April. That may include “suspension, expulsion, or other sanctions”, the statement said. 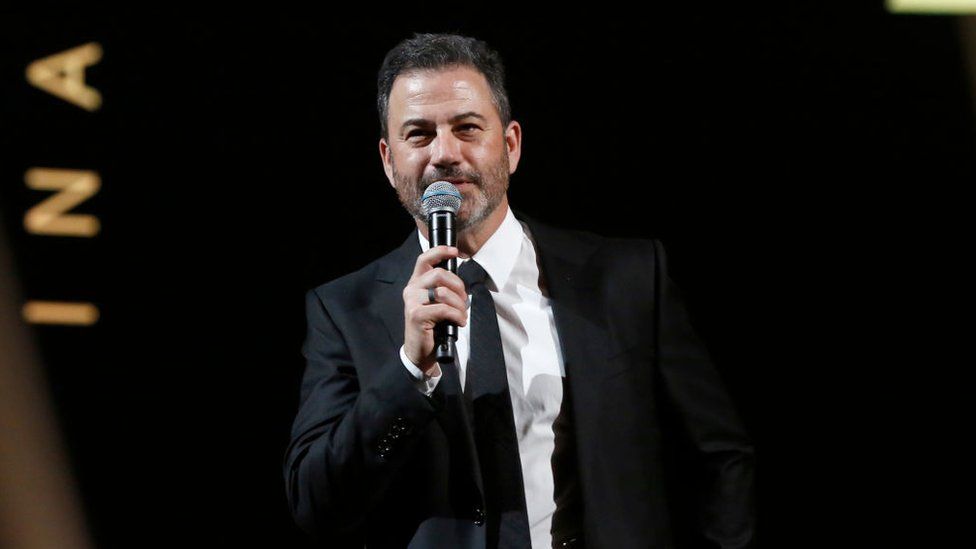 Talk show host Jimmy Kimmel, who hosted the Oscars in 2017 and 18, said: “Usually when someone’s asked to leave and refuses to go, that’s when security comes in and takes that person away. But in this case, they decided to give him an Oscar and let him back on stage to speak.”

The incident on Sunday night happened just before Smith won the Oscar for best actor, when the comedian Rock was on stage to present the award for best documentary.

Rock made a quip about Pinkett Smith’s shaved head. The joke referred to the 1997 film GI Jane, in which Demi Moore played the title role with a severe buzzcut.

Pinkett Smith rolled her eyes at the comment, while Smith appeared to initially laugh and clap his hands before he was seen on stage, walking up to Rock.

The comedian looked stunned in the immediate aftermath of the incident, but told the audience: “That was the greatest night in the history of television.”

In his apology, Smith said his behaviour was “unacceptable and inexcusable”.

“I would like to publicly apologise to you, Chris,” he said in a statement. “I was out of line and I was wrong.”