In the wake of Carlos Alcaraz’s Miami Open triumph, Andy Schooler picks out 10 players with the potential to become a Grand Slam champion.

In tennis, you are always looking for your next superstar. Emma Raducanu was the latest player to become an overnight superstar following her US Open triumph last year. And below, we look at the contenders who could follow in her footsteps.

If asked to pick just one future Grand Slam winner currently aged 21 or under, then I’d suggest most tennis followers would pick Alcaraz.

The Spaniard was ranked 492nd at the start of 2020 but just over two years later, the 18-year-old is knocking on the door of the world’s top 10 after winning his maiden Masters 1000 title at the recent Miami Open.

A player with natural power off the ground, Alcaraz looks a near-certainty to win a Grand Slam title if he continues on his current trajectory, one which has mirrored Rafael Nadal’s career climb as a teenager. Several of Nadal’s ‘youngest ever’ feats have been matched or bettered.

His looks an old head on young shoulders, doubtless helped by the influence of coach Juan Carlos Ferrero, a former world number one. In 2020, Ferrero said: “I had a good career but he can do even better.”

It’s a prediction which looks like it could come true with even Grand Slam success at the forthcoming French Open not beyond the realms of possibility. 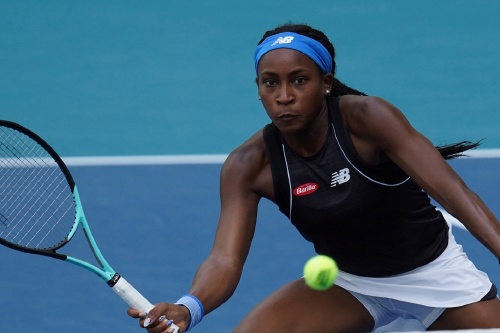 It’s almost three years since Gauff beat Venus Williams at Wimbledon en route to the last 16 of what was her maiden Grand Slam.

Given that, perhaps some will be surprised that she hasn’t yet gone on to contend for a major title (although she did make the quarter-finals of last year’s French Open).

However, it should be remembered she was only 15 at the time of her Wimbledon run and steady, if less spectacular progress has been made since.

She finished 2019 ranked 68th in the world and in subsequent years improved to 48th and 22nd. This season she has moved inside the top 20.

Still only 18, Gauff is the youngest player in the world’s top 150 and while she probably needs to become more tactically aware, she looks well positioned to strike at the highest level in the coming years. 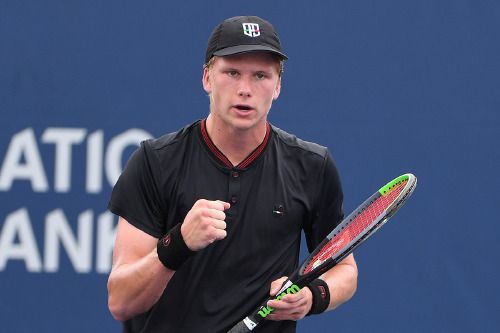 At 21, the American is one of the oldest player to feature in this article.

There’s good reason for that – a toe injury kept Brooksby out for more than a year after what appeared to be a breakthrough performance at the 2019 US Open when he beat Tomas Berdych.

Still, it proved simply a delay to his ascent up the rankings. An excellent second half of 2021 has continued into 2022 and the Californian looks very much the real deal.

His quirky game style is proving awkward for his opponents with strong defensive skills to the fore. Maybe he’ll need to add that bit extra to succeed at the very highest level – Alex de Minaur is a similar player who hit something of a glass ceiling around the same age – but right now he is still improving and looks to have a good chance of taking the reins from some of the game’s current big guns. 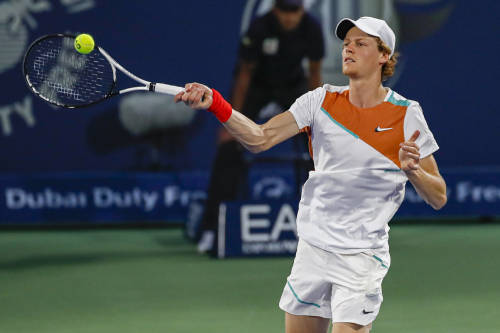 This time last year, it was Sinner who was the name on everyone’s lips.

He’s already been labelled ‘future world number one’ and while the arrival on the scene of Alcaraz has quelled that talk somewhat, the Italian is still very much on course for a career at the top of the sport.

Perhaps the headlines being garnered by Alcaraz will actually help the 20-year-old go under the radar to a certain extent.

Another player with plenty of power in his racquet, Sinner has been particularly impressive under pressure with his second serve standing up to scrutiny – only three players who won points behind their second delivery in 2021.

A little more consistency will be a target in 2022 but the Italian is clearly working towards bigger goals having ditched coach Riccardo Piatti in February, replacing him with Simone Vagnozzi. 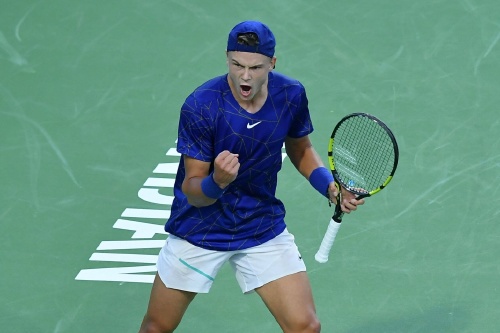 It’s fair to say the three names above can already be described as bona fide ATP stars but the real magic in columns like this is to pick out names from further down the list who go on to greatness.

That’s obviously easier said than done but Rune must stand as good a chance as anyone who started the year outside the top 100. The Dane has already notched three top-50 wins, while he took a set off Novak Djokovic at last year’s US Open.

Rune likes to attack and come in behind his big forehand and while results in the last 12 months at tour level may look somewhat disappointing overall, it should be remembered he is still only 18.

I feel a little bad putting up a Briton in this column given the references to the ‘new Andy Murray’ which may follow but Draper is bang on course to be British tennis’ next big thing.

Maybe a Grand Slam title will be asking too much but there has been steady improvement in the 20-year-old’s game since he reached the final of Junior Wimbledon in 2018. This season he’s hit a new level, winning four Challenger Tour titles in the first three months.

If you won’t take my word for it, listen to GB Davis Cup captain Leon Smith’s verdict: “He’s a very, very good competitor. He finds a way and that’s a really good quality to have. He’s got a massive serve, his forehand, I think, on a number of surfaces, even the clay, is going to do a lot of damage. He’s got a solid backhand. If he can get the physical side right and play a full schedule, I think it’s very positive for him.”