Looks Like Fast And Furious Is Taking Things ‘To The Skies’ Again As Fast X Films New Scene, you really need to buckle your seatbelts for this

Since the Fast & Furious franchise revolves around cars, naturally most of the time the adventures of Dominic Toretto and the gang are ground-based, but there are times when taking to the skies are required.

For example, Furious 7 saw the main characters literally skydiving in their cars to get the jump on a convoy, and in F9, Roman Pearce and Tej Parker traveled to space to destroy a satellite. Well, it looks like Fast & Furious 10, a.k.a. Fast X, will once again involve air travel, as evidenced by a new scene being filmed for the upcoming 2023 movie. Fast X kicked off principal photography back in April, and just days ago, Week 16 on the production wrapped up. To commemorate the occasion, Vin Diesel went on Instagram to share a video of himself and co-star Alan Ritchson, who was cast in Fast X back in May.

The two men were on a set that looked like an aircraft carrier with a black Dodge Charger behind them, and Ritchson told viewers that “the only thing better than a Charger on the ground is a flying car. We’re taking things to the sky this time!” See for yourself.

Are we getting an encore of what happened in Furious 7, or will this be something more akin to when the Shaw brothers infiltrated Cipher’s plane in The Fate of the Furious to rescue Dom’s son? Vin Diesel and Alan Ritchson didn’t share any other details, nor did they clarify if Ritchson’s still-unnamed character is an ally or enemy to the main protagonists.

However, when a car like that is sitting in a plane, and with explosions and widespread destruction commonplace in the Fast & Furious movies, I can’t help but worry that the Charger will be sent plummeting to Earth in the midst of whatever action sequence unfolds. 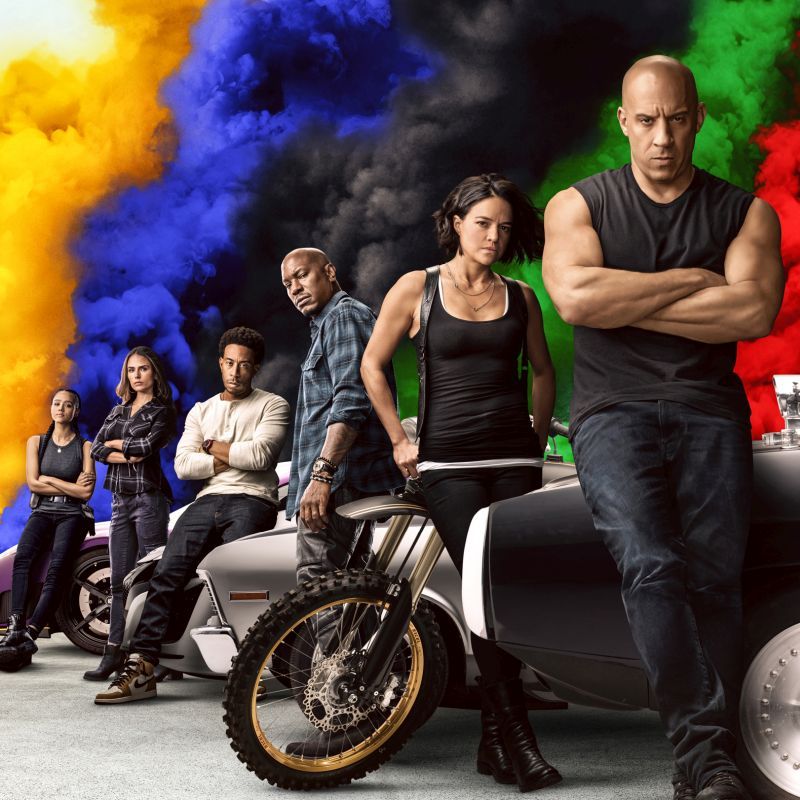 Alan Ritchson is one of a handful of newcomers that have been added to the Fast X cast. Others include Jason Momoa playing one of the villains and Rita Moreno playing the grandmother of Dom, Mia and Jakob Toretto, as well as Brie Larson and Daniel Melchior in undisclosed roles.

Following Justin Lin’s departure from Fast X a week after filming began, Louis Leterrier took over directing duties, though Lin also co-wrote the screenplay with Dan Mazeau and will still be credited as a producer.