‘They got what they wanted!’ Meghan would ‘never’ get publicity increase without Harry
PRINCE HARRY and Meghan Markle have been slammed for “criticising” the Royal Family by a US commentator.

Prince Harry, 37, and Meghan Markle, 40, stepped down as senior royals in March 2020 after an announcement on social media. US commentator Lee Cohen has since claimed the Duchess of Sussex would have “never” received the notoriety had she not married Harry.

Speaking to Express.co.uk, Mr Cohen said: “They’ve earned my scorn because they’ve treated Harry’s family very poorly in all of this.

“I don’t feel that it’s at all productive for them to be criticising the Royal Family.

“They got what they wanted. They stepped back, they have the notoriety already.

“They certainly never would have obtained the level of publicity that she currently has if she hadn’t married into this family.” 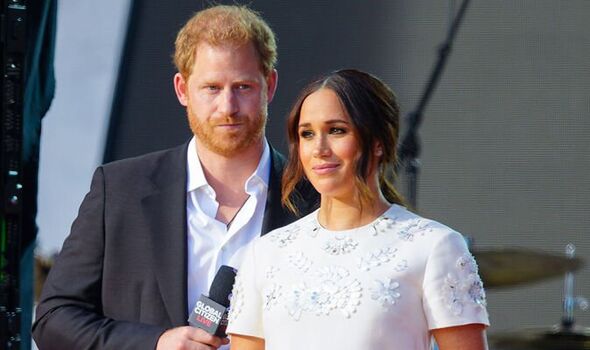 Harry and Meghan have been slammed for “criticising” the Royal Family

The royal couple have since secured lucrative multimillion-pound deals with Netflix and Spotify after stepping down as senior members of the Royal Family.

Royal expert Neil Sean claimed their lack of progress on producing content could lead to a decline in deals.

Speaking on his YouTube channel, Mr Sean said: “Let me give you a bit of advice Harry and Meghan, it’s not as simple or as easy you possibly think.

“You have to think of content and then more importantly you have to produce it, write it and maybe hopefully get an audience on top of all that.

“So it’s not as easy as they possibly thought but when you become a major celebrity like Harry and Meghan are now, the bigger problem is you have a golden period.

He added: “You get offered all of these mega deals as we saw the books deal along with is worth a lot of money even though he’s going to have to deliver some rather tawdry asides to make sure that people feel they’ve got their value for money.

“Everything hinges now for Prince Harry and Meghan Markle on the next level of content that they will deliver to the public.

“If it’s a spectacular success, they are guaranteed even more money but as ever in the fickle world of Hollywood they’re now living in, if it doesn’t resonate with the audience then they can expect a sharp decline in those mega offers and mega deals.” 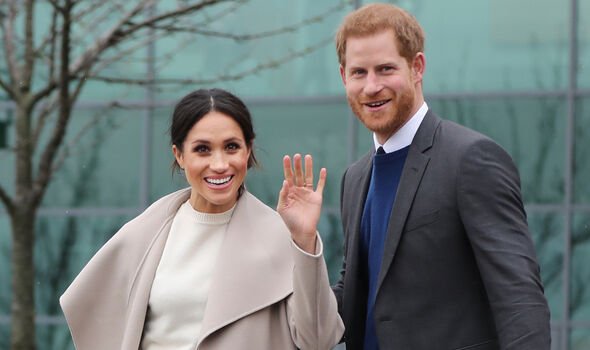 It comes as the Duke and Duchess of Sussex have been criticised for “expressing concerns” to Spotify about Covid-19 misinformation by a British author.

Douglas Murray told Sky News Australia: “As for the most representative on the pulse of the world couple, I’m thinking of the Sussexes.

“It’s absolutely crucial that we get the Duke and Duchess on anything. I’m a great fan of the Royal Family, I am not a fan of these former members. What they think they can contribute I do not know.”