Mercedes’ team principal Toto Wolff admits it is ‘not fun’ being far off the early leaders at the start of the new Formula 1 season; the season continues with the Australian Grand Prix on April 10, live on Sky Sports F1

Toto Wolff has described the start to the new Formula 1 season as an “exercise in humility” for Mercedes and vows the team will not rest until they are back in the mix.

The second race weekend of the season in Saudi Arabia was another sobering one for Wolff and the whole Mercedes team.

It featured Lewis Hamilton not progressing out of Q1 for the first time since 2017 and calling his car ‘undriveable’ after set-up changes.

“We were right in the middle of those fun games at the front for eight years,” Wolff, Mercedes’ team principal, said.

“It’s extremely painful to not be part of those games by quite a chunk of lap-time deficit. It’s no fun at all.

“It’s an exercise in humility and it’s going to make us stronger in the end, even though it’s not fun right now.”

After a missile attack on an oil depot near Jeddah’s high-speed seaside Corniche circuit on Friday, there were more than four hours of talks between drivers, team bosses, F1 personnel and Saudi authorities. Not all drivers were thought initially to be committed to racing, but there was an agreement that the event would go ahead.

“There wasn’t any arm-twisting from our side, there were good discussions,” Wolff said. “When the team principals talked to the drivers what we talked was sense, and not at all any pressure, but maybe that was perceived in a different way.

“In the end, the show and the spectacle [on track] was amazing and what we delivered as a sport was great. This is what sport should do.

“I’ve been here for five years and I’ve seen changes, but there’s just so much more to do, a lot.”

The drivers are now set to meet with race bosses following the concerns which arose from the weekend’s race.

Moving into the 2022 F1 season, the new rules and regulations were designed to promote more competitive racing and Wolff believes the objectives have been met.

“They have achieved what they wanted to achieve,” he said.

“Spectacular racing, good overtaking, the grid has been shaken up – which is less fun for us – but it happens.

“The midfield is extremely close so overall, from the entertainment factor, I’m happy about the hype around Formula 1. I think then they achieved the target. You can only applaud for how that all came in.”

Wolf says he cannot commit to a timeframe for Mercedes to get their drivers up with early pace-setters Ferrari and Red Bull.

“We are not running the car where we are wanting to run it, therefore it’s very difficult to really assess what the lap time deficit is if were able to run the car lower,” he said.

“I would very much hope that the gap is much closer to what we’ve seen, but there are deficits everywhere.” 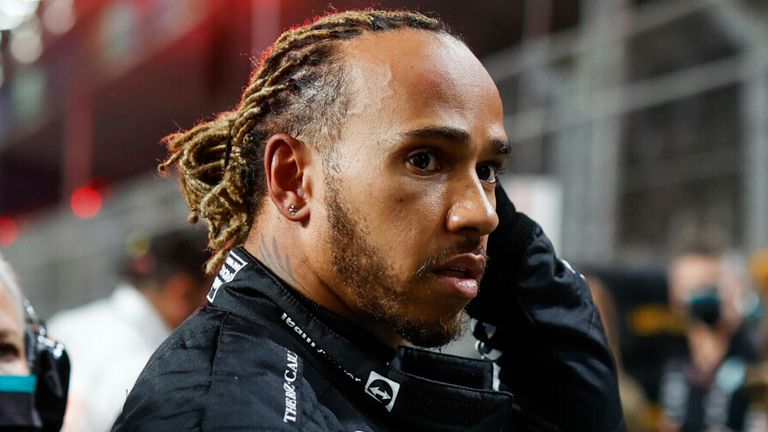 After his below-par weekend, Hamilton also highlighted that Mercedes’ new W13 remains far behind where it needs to be.

“Not much has changed since the last race, it’s only been a few days,” Hamilton said.

“What I know is that today I couldn’t keep up with the Haas at the end, the power they have… they came sling-shotting past me when I overtook Magnussen earlier on in the race. We’ve got a lot of work to do but I know I’ve got a great team, we’ll keep our heads down and try and improve.”

Hamilton then added: “The learnings are that we’re quite a bit off pace-wise and we’ve got a lot of work to do. Right now we’re not fighting for the top step, we’re so far off the guys at the front.