PRINCE HARRY is facing “outrage” if he attends the Oscars with Meghan Markle after announcing he will not be attending Prince Philip’s memorial.

Prince Harry, 37, is to miss his grandfather the Duke of Edinburgh’s memorial service on March 29, it has been confirmed. But it has since been claimed the Duke of Sussex and Meghan Markle will attend the Oscars on March 27, The Sun reported. Royal expert Angela Mollard warned Harry that royal fans will be “outraged” if he does attend

Speaking to Australian morning show Sunrise, Ms Mollard said: “There’s a lot of talk it’s going to go ahead but can you really turn up and stand on the stage at the Oscars and not turn up for your grandfather’s memorial.

“I’ve got a problem with that.

“You do all the glory and handshaking with the celebrities but your own family.”

Presenter Kylie Gillies interjected: “What’s he thinking, why wouldn’t be there for your grandfather’s memorial. 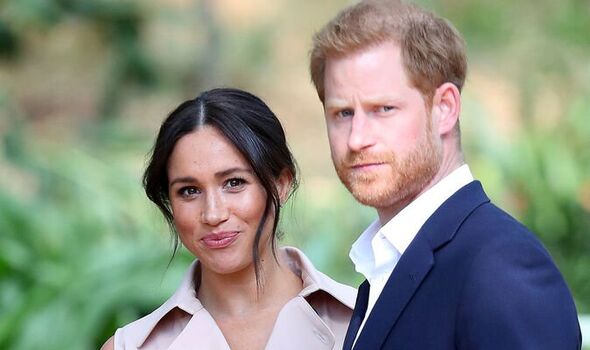 Harry and Meghan are claimed to be ‘attending the Oscars’ 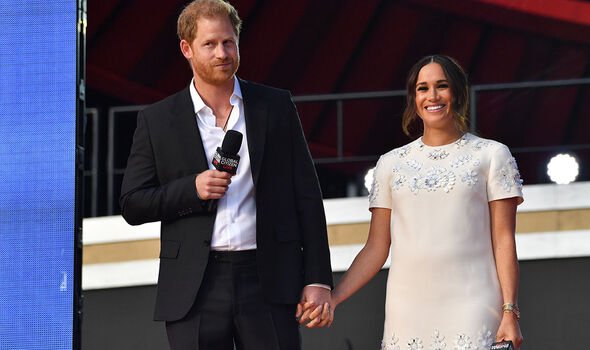 Meghan and Harry stepped down at senior royals in March 2020

“Leave Meghan at the Oscars.”

Ms Mollard added if Harry does attend the Oscars, “there will be outrage”.

It comes as royal commentator Matt de Groot has since claimed Harry’s security demands, which could be the reason for not returning, have been from “bad advice”.

He said: “”You look at a bloke who is out of touch with reality, it’s that bloke right there.

“They spend the other half of their life selling their story to the highest bidder then he wants to step away from the Royal Family, then wants the royal protection, then he doesn’t even realised you can go the UK and hire your own security.

“If nothing else just buy your own security.

“Every move they make, every piece of advice they give, and every statement he makes publicly takes him further and further away from the guy that three years ago we thought was going to save the Royal Family.

Ms Gillies added: “You can do both, it would mean the world to the family. There’s no reason why he cannot.”

Mr De Groot continued: “It’s only because he’s being given bad advice and being petty.

“There’s just no other for it and he’s making a bad choice.”