The former world No.1 was eliminated in what was probably her last appearance in Canada

Serena Williams lost her first match since announcing her retirement from tennis, falling 6-2 6-4 to Belinda Bencic in the second round of the National Bank Open on Wednesday night.

After the match, organisers gave her an emotional farewell, with Williams’ appearance expected to be her last in Canada.

All on their feet 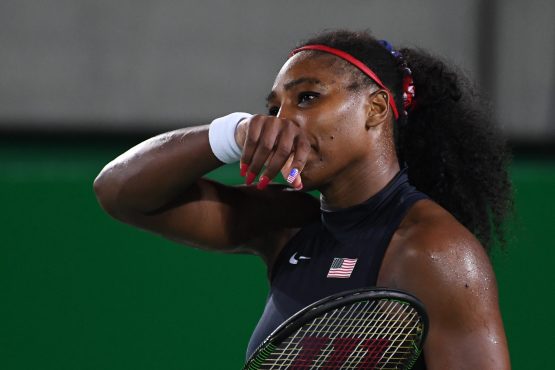 As expected, the entire crowd stood up to say goodbye to one of the best tennis players in history.

The reaction certainly got to Serena, who was unable to hold back tears during the emotional moment.

“It’s just been so memorable,” said Williams. “Like I said in my article, I’m terrible at goodbyes. But goodbye, Toronto.”

Toronto has been a welcome spot for Serena, having been crowned champion there three times.

However at the age of 40, Williams was no match for Bencic.

The next few weeks will be emotional ones for Serena, who is expected to say goodbye to the sport following her appearance at the US Open.