HOLLYWOOD has turned its back on Prince Harry and Meghan Markle because of a “crucial misstep” from the Duchess.

Novelist Celia Walden told GB News’ Dan Wootton that Ms Markle had been branded “a figure of fun” in her hometown of California, Hollywood as residents turned their backs on the Sussexes. Ms Walden said Meghan made the “crucial misstep” of forgetting that the whole of the US loves the Queen, she added: “I thought maybe people would be protective of her out here, but not at all.” She continued: “Anyone who is deemed to have affronted the Queen, or behaved badly in that regard, is just not going to go down well.” Actress Rebel Wilson made a joke at the BAFTA’s about the Oprah interview and instead of being met with boos, there was unanimous laughter. Ms Walden said of the joke: “I think that will be most upsetting to her [Meghan] because this is the last thing they wanted.” 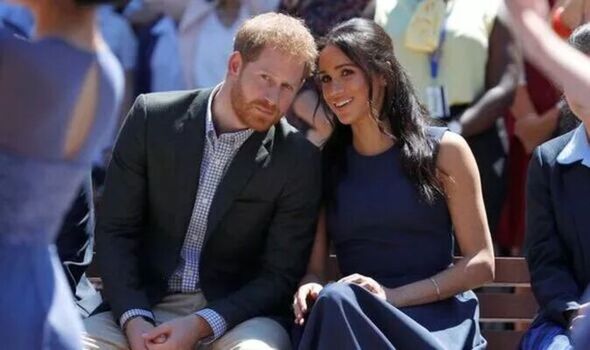