“THERE’S a special place in hell for women who don’t help each other,” said America’s first female Secretary of State, Madeleine Albright, who sadly died this week.

Yet as this quote is being republished around the world in tribute to a magnificent trailblazing woman, the very existence of women is being threatened in a manner that it is as absurd as it is shameful. 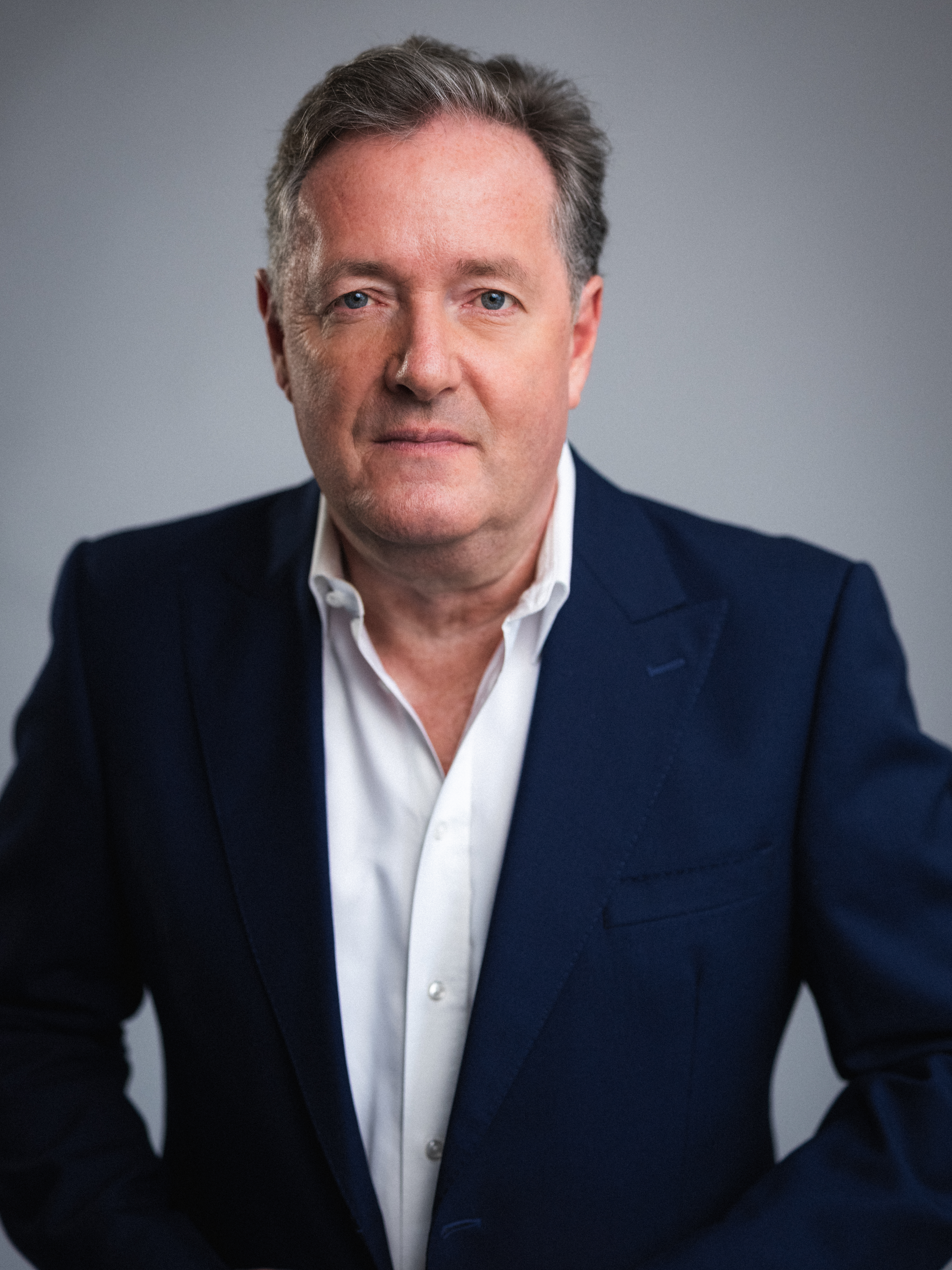 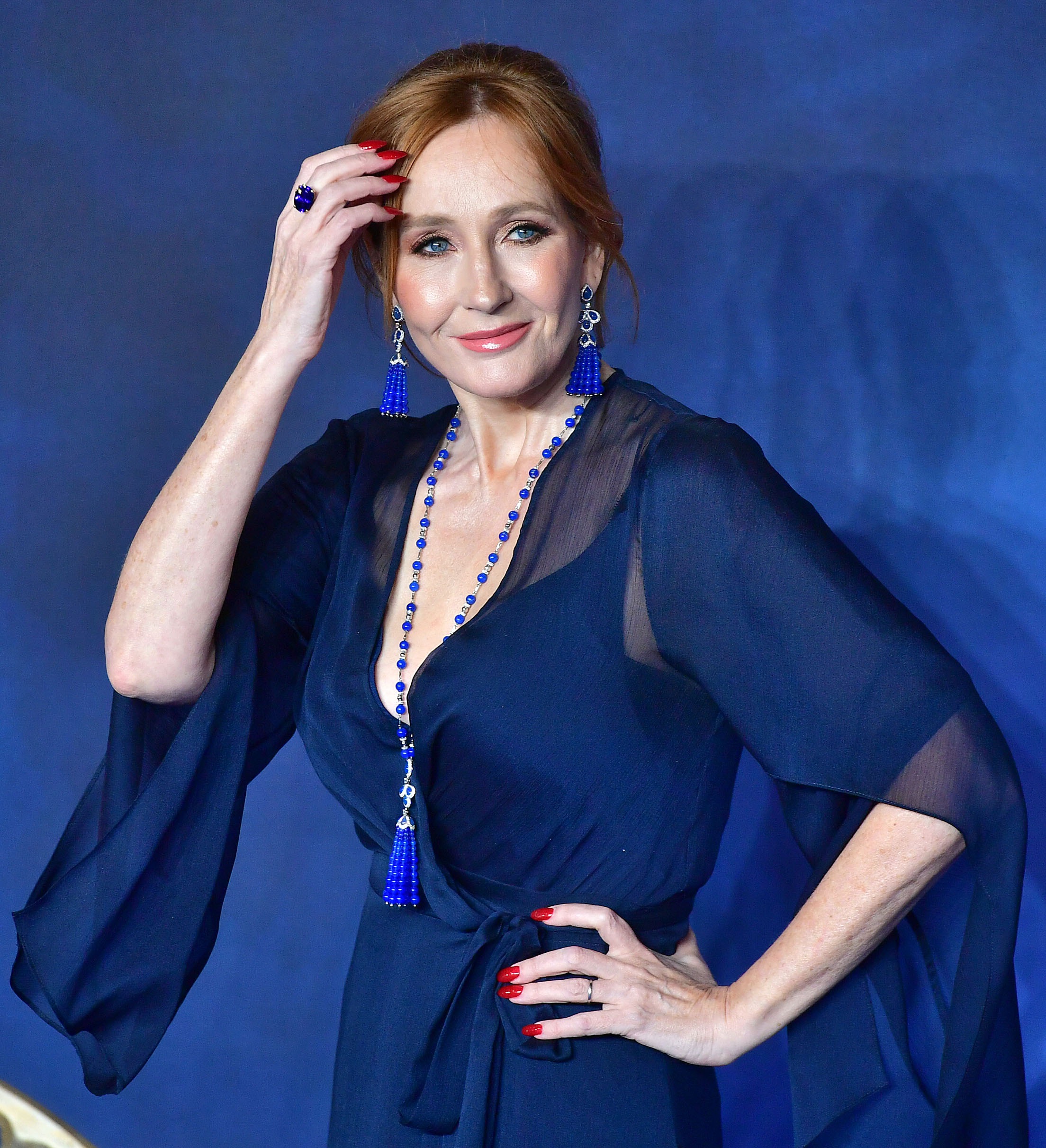 JK Rowling has become ‘the poster girl for supposed trans-bashing’ 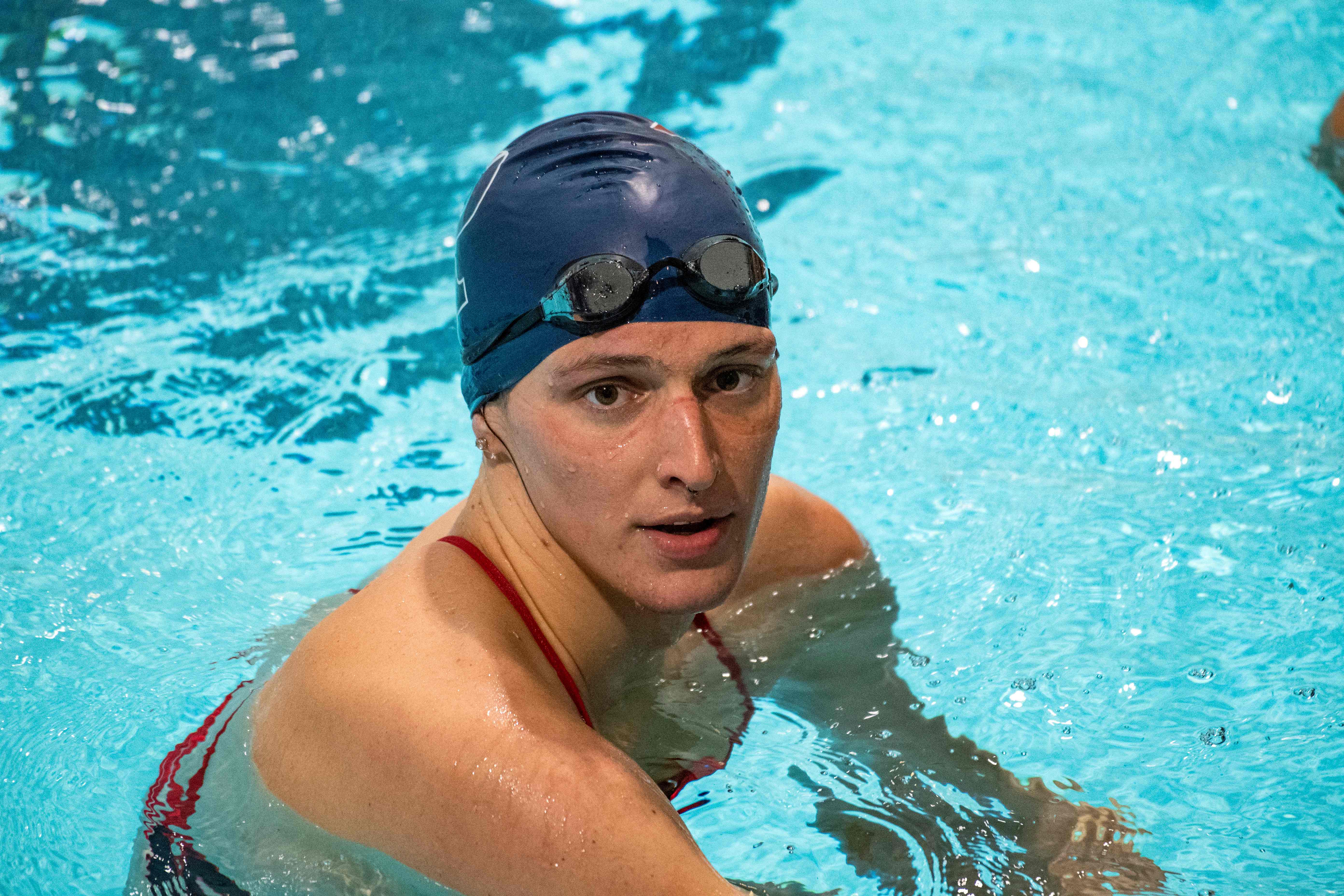 Thomas had previously competed unsuccessfully for three years on the college – University of Pennsylvania – men’s team.

But now she’s competing as a woman, she’s on her way to becoming a world-beating superstar.

This is self-evidently grotesquely unfair and has created a shocking new inequality that could destroy women’s sport, but anyone who dares says so is immediately branded ‘transphobic’ in a cynical campaign to suppress any legitimate criticism.

In an extraordinary scene at the poolside as Thomas stormed to victory, a British woman named Kelly-Jay Keen from activist group Standing For Women got into an argument with a male spectator after asking (about Thomas), “Is his body the same as the other girls in the pool?”

The man countered: “Let me ask you, are you a biologist?”

The clip, which quickly went viral, goes to the very heart of this incendiary debate.

I don’t agree with Keen’s insistence on calling Lia Thomas ‘he’, because I respect a trans person’s right to be called by their preferred pronoun.

But let’s be very clear: Lia Thomas is only winning big races because she has a massive biological advantage over her female rivals. And it’s outrageous.

As is the suggestion that only a biologist knows what a woman is.

This ridiculous notion came up again during a United States Supreme Court nominee hearing this week when the nominee, Judge Kentanji Brown Jackson, was asked a simple question by a female senator: “Can you provide a definition for the word ‘woman’?”

Jackson looked like a scared confused rabbit in headlights, before eventually responding: “No, I can’t. I’m not a biologist.”

So here was someone about to become one of the most powerful women in the world, who had been specifically nominated by President Joe Biden because she’s a black woman and would therefore become the first black woman on the Supreme Court, displaying a shocking inability to even define what it is to be a woman.

It’s really not that difficult a question to answer.

The definition of a woman is “an adult female human being”.

‘BASIC FACTS OF BIOLOGY ARE IRREFUTABLE’
You can have all the gender identities you like, however preposterous as many of them are, but what you can’t do is deny the reality of biological sex.

As Prime Minister Boris Johnson, a world authority on female bodies, said in Parliament this week: “We must recognise that when people want to make a transition in their lives, that they should be treated with the maximum possible generosity and respect. But I do want to say in addition that I think when it comes to distinguishing between a man and a woman, that the basic facts of biology remain overwhelmingly important.”

I agree with him that trans people deserve our compassion and understanding. Nobody would go through the lengthy physical and emotional ordeal of transitioning if they didn’t genuinely believe they were trapped in the wrong body.

But I also agree with him that the basic facts of biology are irrefutable.

There is a determined campaign going on to eradicate the very word “woman” from public discourse lest the trans lobby be offended.

Forbes, the famous business magazine, yesterday tweeted an article by a female health writer to its 17 million followers that began: “Pregnant people who contracted Covid-19 were more than twice as likely to experience significant complications as those who did not have the virus during the first year of the pandemic, according to a new study.”

Last time I checked – and judging by the furious response this tweet provoked I’m not alone in this belief – pregnant people are called women.

So, I can’t get pregnant, much as I’d love to, given the universal public popularity it brings anyone who is.

To pretend that anyone can is therefore not just virtue-signalling nonsense designed to appease the unappeasable woke brigade, it’s also a demonstrable lie.

But if you dare to defend women’s rights to be called women, or state simple biological facts about sex, then prepare to be viciously shamed, vilified and abused by the intolerant cancel culture mob.

They will also try to destroy your career and your life, all whilst masquerading under the laughably inappropriate #BeKind hashtag moniker.

The worst victim of this has been Harry Potter author JK Rowling, who had the unfortunate honour of being name-checked by Vladimir Putin this week as he tried to equate what she’s been through to the sanctions against Russia for invading Ukraine.

“They cancelled Joanne Rowling recently,” the dictator said in a televised speech, “the children’s author, her books are published all over the world – just because she didn’t satisfy the demands of gender rights. They are now trying to cancel our country. I’m talking about the progressive discrimination of everything to do with Russia.”

Of course, neither of these statements is true; Russia’s getting held to account for their leader’s disgusting warmongering, and JK Rowling remains resolutely uncancelled despite a concerted effort to cancel her.

But the way she’s been treated has been an absolute disgrace.

Rowling became the poster girl for supposed trans-bashing several years ago when she tweeted her support for Maya Forstater, an English woman who lost her job at the think tank Center for Global Development after posting tweets questioning government plans – later scrapped – to let people declare their own gender.

‘DISGUSTING HARASSMENT’
Forstater argued that “sex is immutable and not to be conflated with gender identity” and Rowling agreed, tweeting: “Dress however you please. Call yourself whatever you like. Sleep with any consenting adult who’ll have you. Live your best life in peace and security. But force women out of their jobs for stating that sex is real?”

This truism – an appeal tribunal later agreed with Forstater’s right to believe and say that – prompted a firestorm of rage but to her credit, Rowling refused to back down.

In June 2020, she tweeted criticism of the phrase “people who menstruate” and said, “If sex isn’t real, the lived reality of women globally is erased. I know and love trans people but erasing the concept of sex removes the ability of many to meaningfully discuss their lives.”

She was right, and again, respectful.

But gay activist group GLAAD called her views “cruel” and “anti-trans”, which led to Rowling being branded a trans-exclusionary radical feminist (TERF) and bombarded with hatred and death threats.

She responded by writing a long, very thoughtful article in which she revealed she was a survivor of domestic abuse and sexual assault, and stated that, “When you throw open the doors of bathrooms and changing rooms to any man who believes or feels he’s a woman … then you open the door to any and all men who wish to come inside”, whilst also stating that most trans people were vulnerable and deserved protection.

Her concerns are valid.

There have been disturbing incidents of male sex offenders identifying as female to get themselves moved into women’s prisons where some have then attacked women.

Just this week , the BBC reported on a horrendous murder case in America, saying that an “83-year-old woman” had killed and decapitated another woman.

It was particularly news-worthy because nobody could recall any similar case involving a female monster.

But in fact, it was a man who identified as a man in initial court records but who “now identifies as a transgender woman”.

Will ‘she’ now get to be housed in a women’s prison?

What a sick, horrible joke.

However, for raising concern about the obvious dangers of allowing unlimited self-identity, JK Rowling was subjected to more disgusting harassment.

I have no reason to speak up in support for her.

We’ve had a lengthy feud, sparked by my friendship with Donald Trump, who she detests, during which she called me a “fact-free, amoral, bigotry-apologising celebrity toady” and once tweeted: “Yes, watching Piers Morgan being told to f*** off on live TV is exactly as satisfying as I’d always imagined.”

But ironically, it’s her adherence to basic facts about biology that compels me to now stand up for her.

JK Rowling has done nothing wrong, other than courageously stick her head over the parapet of an increasingly toxic debate to defend other women – just as Madeleine Albright urged women to do.

For doing this, she’s been treated despicably by many women who lack her clarity of vision about the very serious issues involved and her steely resolve to fight for women’s rights in the face of an unrelenting woke war to eradicate them at the altar of political correctness.

I’m not a woman – but I know here’s a special place in hell for the women doing this to JK Rowling. 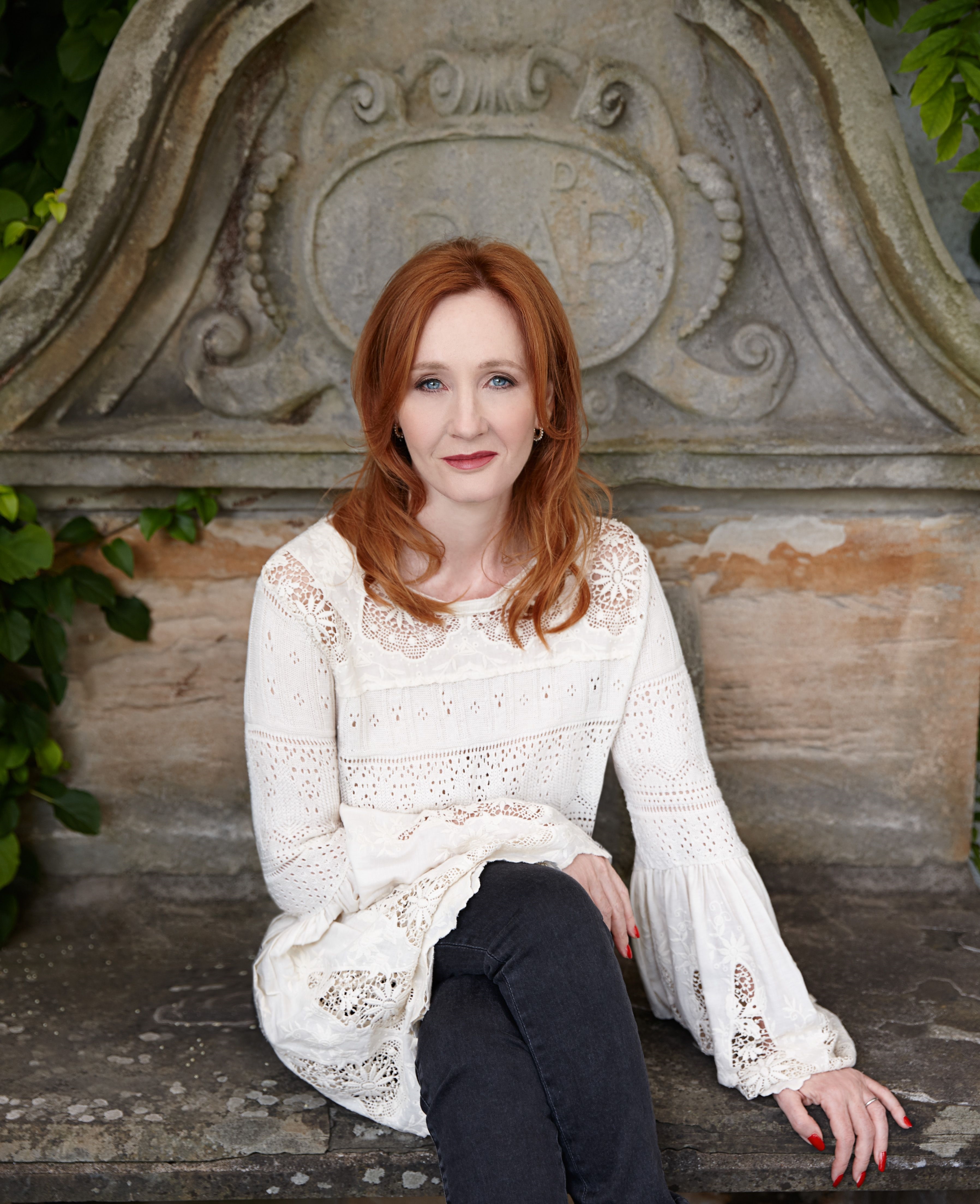 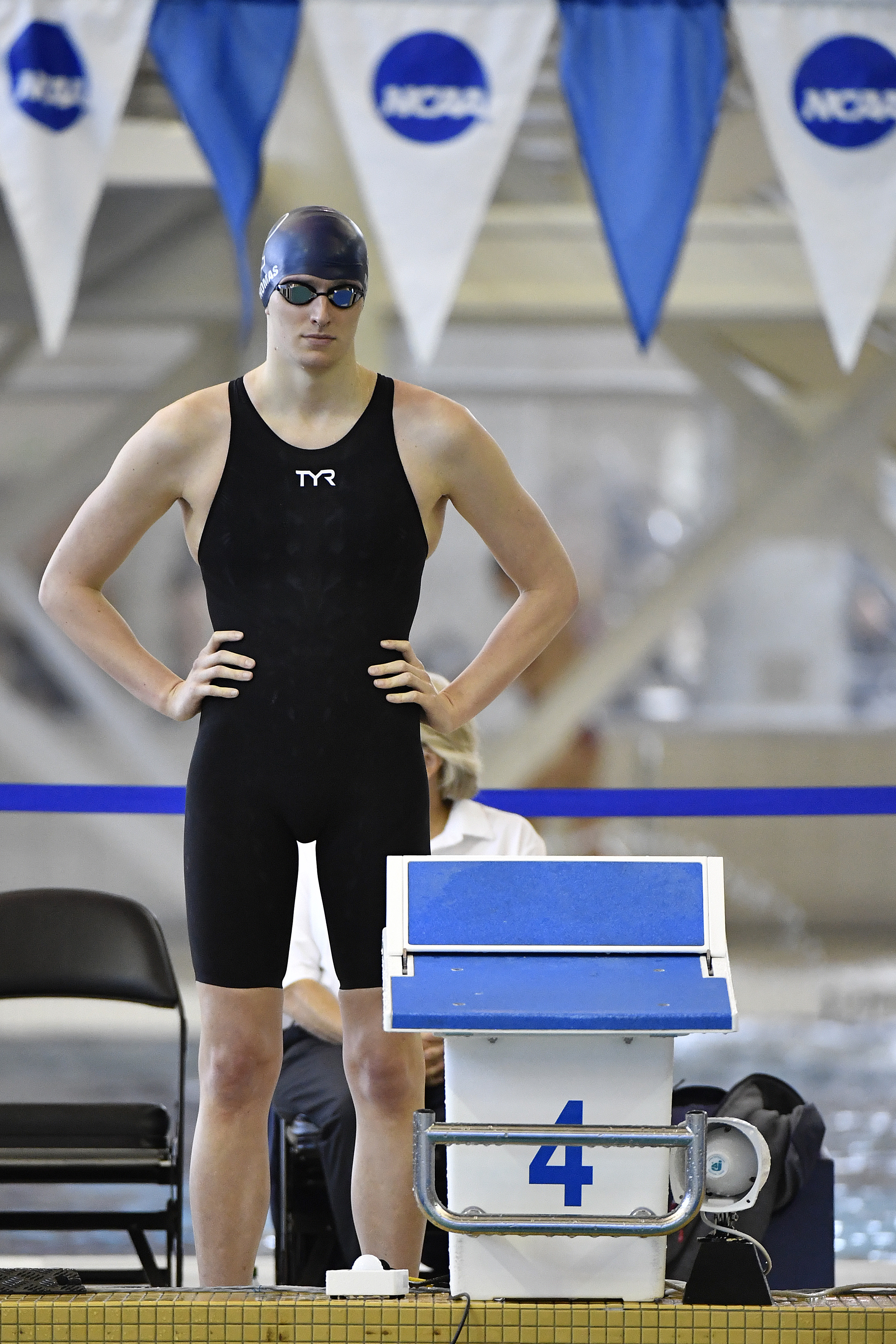 Thomas, competing as a woman, is ‘on her way to becoming a world-beating superstar 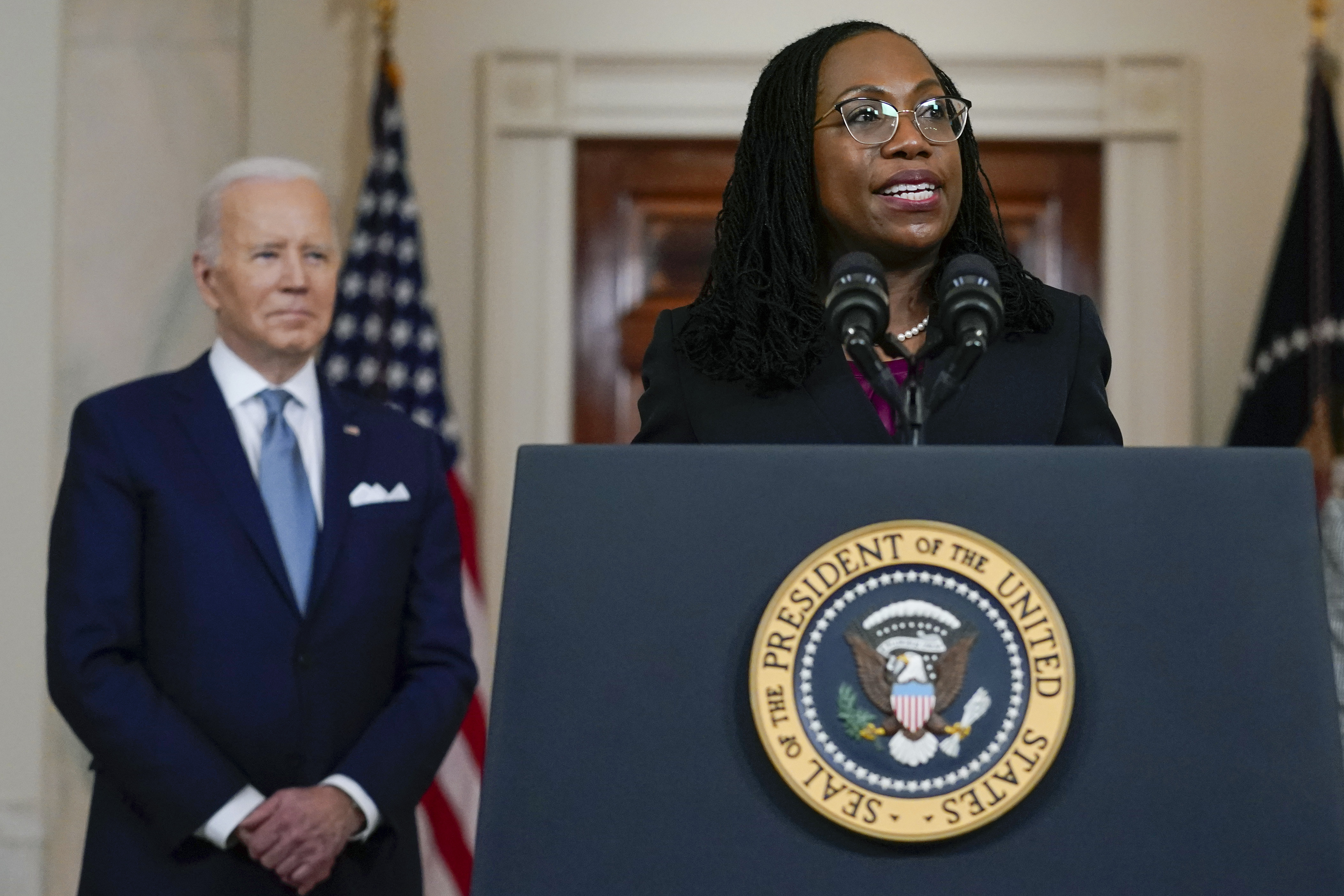