Piers Morgan has bitten back at Wayne Rooney with three points after the former Manchester United striker claimed Cristiano Ronaldo’s return to Old Trafford hadn’t worked out. United signed Ronaldo for a second time last summer after they praised him away from Juventus.

“Hmmm,” Morgan wrote on Twitter in response to a video of Rooney appearing on Monday Night Football. “a) Ronaldo’s scored 18 goals for Utd this season, in a poor side, aged 37. Last time Rooney scored 20 in a season for Utd, he was 27. 2) Ronaldo’s still fitter now than Rooney ever was. 3) There’s no footballer in the world with greater hunger than @Cristiano.”

Rooney appeared on the Sky Sports programme earlier this week to offer his thoughts on Arsenal’s Premier League clash with Crystal Palace. And the Derby County manager also spoke about his former club and the impact Ronaldo had had since returning to the north west.

“You’d have to say no at the minute,” Rooney replied when asked if signing Ronaldo had worked for the Red Devils. “He’s scored goals, he scored important goals in the Champions League early on in the season. He scored obviously the hat-trick against Tottenham.

“But I think if you’re looking to the future of the club, you’d have to go with younger hungry players to do the best to lift Manchester United over these next two or three years. Obviously Cristiano is getting on a bit.

“He certainly obviously isn’t the player he was when he was in his 20s. And that happens, that’s football. He’s a goal threat but in the rest of the game they need more. And they need young, hungry players.”

Rooney and Ronaldo were team-mates at United for five years during the Portugal international’s first spell at the club. And together they lifted the Premier League trophy three times and the Champions League trophy once as well as winning two League Cups and the Club World Cup. 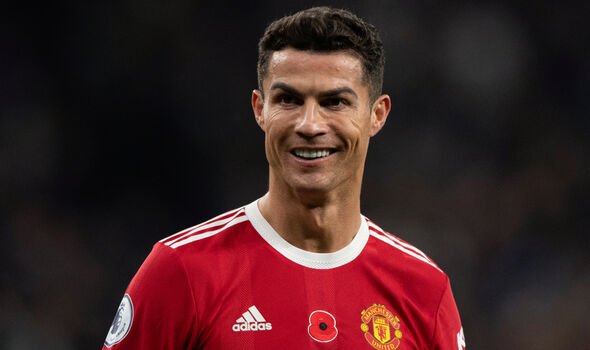 The pair formed a formidable partnership at Old Trafford as they terrorised opposition defences and helped their side dominate English football. But they were eventually separated in 2009 when Ronaldo joined Real Madrid.

Ronaldo went on to taste Champions League success four more times in Madrid and added four more Ballons d’Or to the one he won during his time with United in 2008. The veteran then spent three years with Juventus before returning to Old Trafford.

Rooney, meanwhile, is regarded as one of England’s best ever players and broke Bobby Charlton’s all-time goalscoring record as he found the back of the net 53 times for country. The 36-year-old ended his playing career at Derby County at the start of last year before becoming manager of the Championship side.