In 1942, midway through World War II, Winston Churchill led a private UK ministerial cabinet debate on what they might do if they captured Nazi leader Adolf Hitler.

“If Hitler falls into our hands,” the great man declared, “we shall certainly put him to death.”

In fact, according to archived notes of the meeting, he even knew exactly how he wanted to do it — frying Hitler like a common gangster in a US-supplied electric chair.

“This man is the mainspring of evil,” Churchill snarled. “Execute the principal criminals as common outlaws.” I’m sure most of us feel the same way about Russia’s barbaric dictator Vladimir Putin, the modern-day Hitler, given his despicable, murderous rampage through Ukraine.

The world would certainly be a better, safer place without him.

But the official US position is not that.

Specifically, America is not seeking Putin’s death or a change in regime.

We know this because White House press secretary Jen Psaki said so in response to Sen. Lindsey Graham’s call for him to be assassinated.

“We are not advocating for killing the leader of a foreign country or regime change,” she told reporters on March 4. “That is not the policy of the United States.”

There is a very good reason for this. Russian President Vladimir Putin would seize on any publicly stated US plan to either kill him or effect the overthrow of his elected government.

Putin would seize on any publicly stated US plan to either kill him or effect the overthrow of his elected government as proof of the West’s supposed real imperialist intent and use it to whip up Russian support for defending themselves against the old Cold War enemy.

It’s not a massive stretch to say that could lead to direct military confrontation between the two countries and the potential World War III that everyone’s been so keen to avoid triggering.

That’s why President Biden’s unscripted nine-word conclusion to his speech in Poland on Saturday was so controversial.

His meaning was crystal clear, there was no ambiguity: America had just officially and dramatically shifted its position and was now demanding regime change to remove Putin from office.

Understandably, this sensational off-the-cuff comment became the sole talking point of an otherwise impressive speech, albeit one that offered more in rhetoric than action.

But as with so many things Biden says these days, it turned out he didn’t mean it.

Or rather, his desperate White House aides raced to insist he didn’t mean it.

“The president’s point was that Putin cannot be allowed to exercise power over his neighbors or the region,” they clarified. “He was not discussing Putin’s power in Russia, or regime change.”

Do they take us for complete and utter morons?

We all know what Biden meant, because he said it very clearly in his own words in front of the world’s media.

He wants Putin out of power.

A Kremlin spokesman, responded to Biden's comment, saying: "That's not for Biden to decide. The president of Russia is elected by Russians."

And with chilling predictability, his clarion call was immediately jumped on by Russian officials and state media as the hard evidence they’ve been waiting for that their suspicions about America’s real motivations have been right all along.

Putin’s spokesman, Dmitry Peskov, said: “It’s not up to the president of the US and not up to the Americans to decide who will remain in power in Russia.”

Of course, this is breathtakingly hypocritical given that Russia is doing exactly that in Ukraine, where it wants to depose President Volodymyr Zelensky and install a pro-Russian government.

But there’s no doubt that most Russian people will find the idea of the US president trying to dictate who runs their country deeply offensive, and it will therefore bolster support for Putin at a time when he most needs it.

If this were the only gaffe Biden’s committed during this war, that would be bad enough.

Sadly, it’s just the latest in a string of dangerously inaccurate comments he’s made.

Before the war even started, Biden suggested NATO wouldn’t act if Putin made a “minor incursion” into Ukraine, a ridiculously weak statement that enraged Zelensky, emboldened Putin and led Biden to explain he really meant that any invasion by Russia would be met by a “severe response” — which, of course, was not what he’d said at all.

National security adviser Jake Sullivan was sent out to walk back that specific threat, saying instead that the US has “no intention of using chemical weapons, period, under any circumstances.”

So, the opposite of what the president said. Once again, a White House spokesperson had to hastily clarify that the president didn’t mean what he’d said, insisting: “The president has been clear we are not sending US troops to Ukraine and there is no change in that position.” 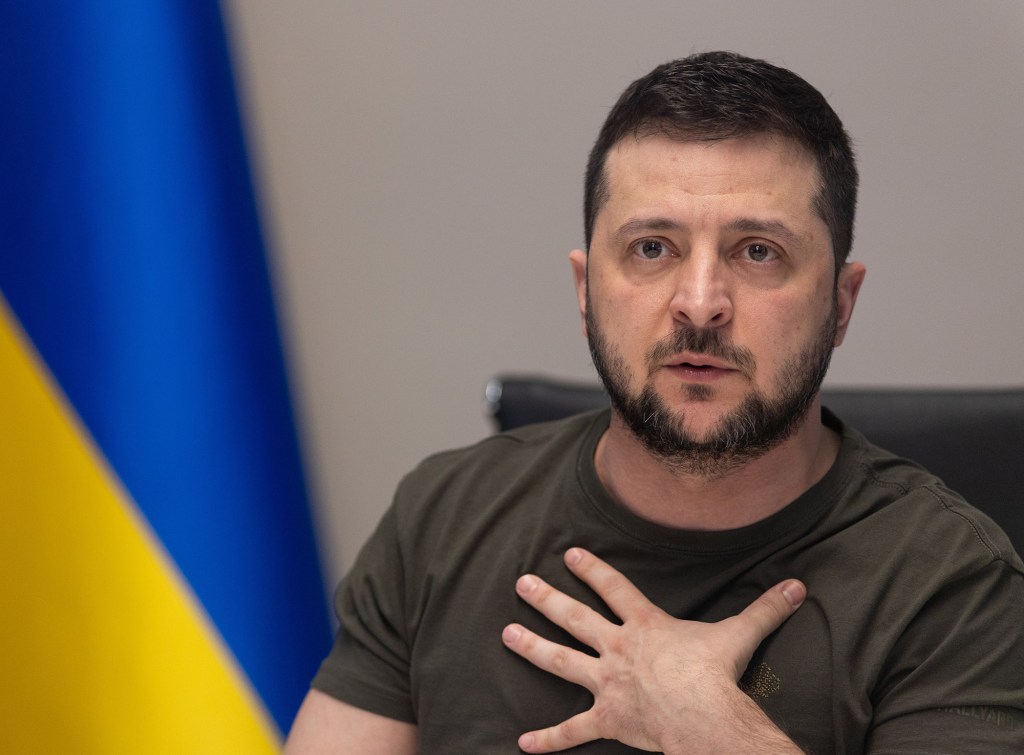 But he hadn’t been clear, had he?

In fact, he’s never clear about anything.

I hate to say this because I think 79-year-old Joe Biden is a decent man, but he’s showing increasingly worrying signs of age-related cognitive decline.

That’s a big problem for America, and the world, at such a critical time.

As is the pathetic way that Democrats and much of the mainstream media keep trying to excuse his dreadful gaffes and talk up his supposedly commanding leadership.

They’re so desperate to portray him as the calm, smart, wise, fact-driven antidote to his predecessor, Donald Trump, that they can’t see the shambolic train wreck right in front of their eyes. Or they see it but choose to ignore it.

However, the stats don’t lie.

Joe Biden’s approval rating just hit a record low of 40%, because Americans don’t trust him on either the war or the US economy as inflation surges.

And the reason they don’t trust him is because he keeps saying things that he then denies saying.

When people’s lives and livelihoods are at stake, this is a deadly trait in a US president.