Welcome to the Wednesday edition of Full Press Hockey’s NHL Rumors! The Stanley Cup Playoffs are here and the action is hot and heavy. As the playoffs have narrowed down to a field of three, teams are always working to improve their rosters for next season. In this edition of NHL Rumors, we will take a look at the Boston Bruins, Chicago Blackhawks, and the Winnipeg Jets.

Rumor: Per – Jimmy Murphy – bostonhockeynow.com. As David Pastrnak Rumors Pick Up, Bruins Have No Plans To Trade Him

Fake news. Fluto said "…a pending rebuild will not encourage David Pastrnak to sign an extension with one year left on his deal. In fact, the right wing may be general manager Don Sweeney’s best trade piece to trigger a teardown." https://t.co/f3PfRV3rxM

Pasta has his $6.6 million contract expiring after next season, and players are always rumored to be traded. “I believe their intention is to sign (Pastrnak),” Elliotte Friedman told Jeff Marek. “And if for whatever reason they get the impression that they can’t sign him, then I think that that may change. But the initial sense I’m getting is that their goal is to sign him.” 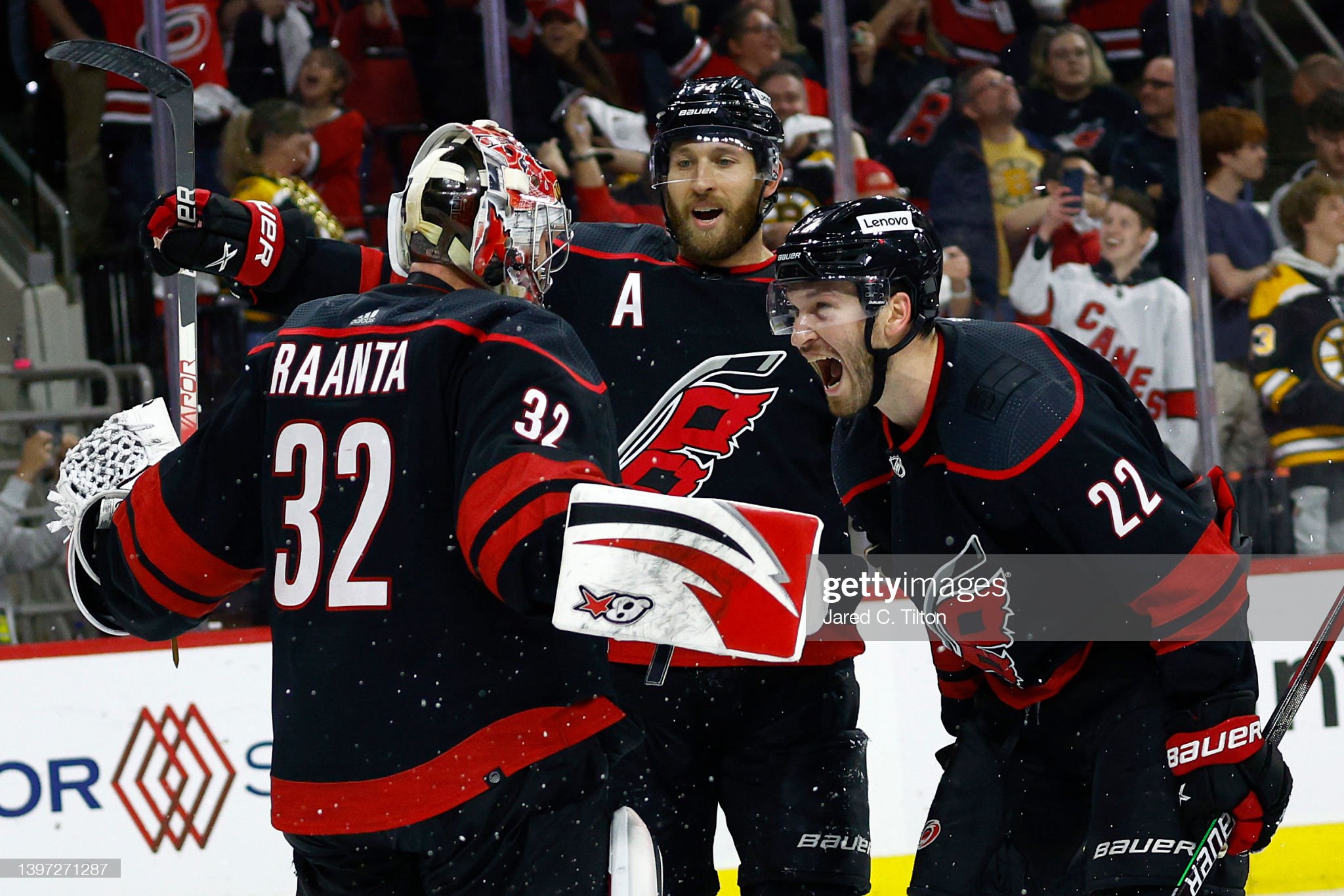 An even more important issue may be whether Pastrnak even wants to stay in Boston.

Pastrnak was not happy with the lack of effort to keep his two close friends Torey Krug and David Krejci during their walk years.

“88 had seen how Don has treated his two best friends,” a source close to Pastrnak wrote The Athletic in a text. “No chance he comes back with Sweens as GM.”

The Bruins seem to be in total disarray. They fired Bruce Cassidy and have three key players in Brad Marchand, Charlie McAvoy, and Matt Grzelcyk all injured and out for the first two months of the next season. Sweeney has no cap space to re-sign players and still has no idea what Patrice Bergeron intends to do going forward.

Trading Pastrnak would be a disaster, and they just can’t handle that now. They do however need to figure out their salary cap issues and that is nothing easy at this point. 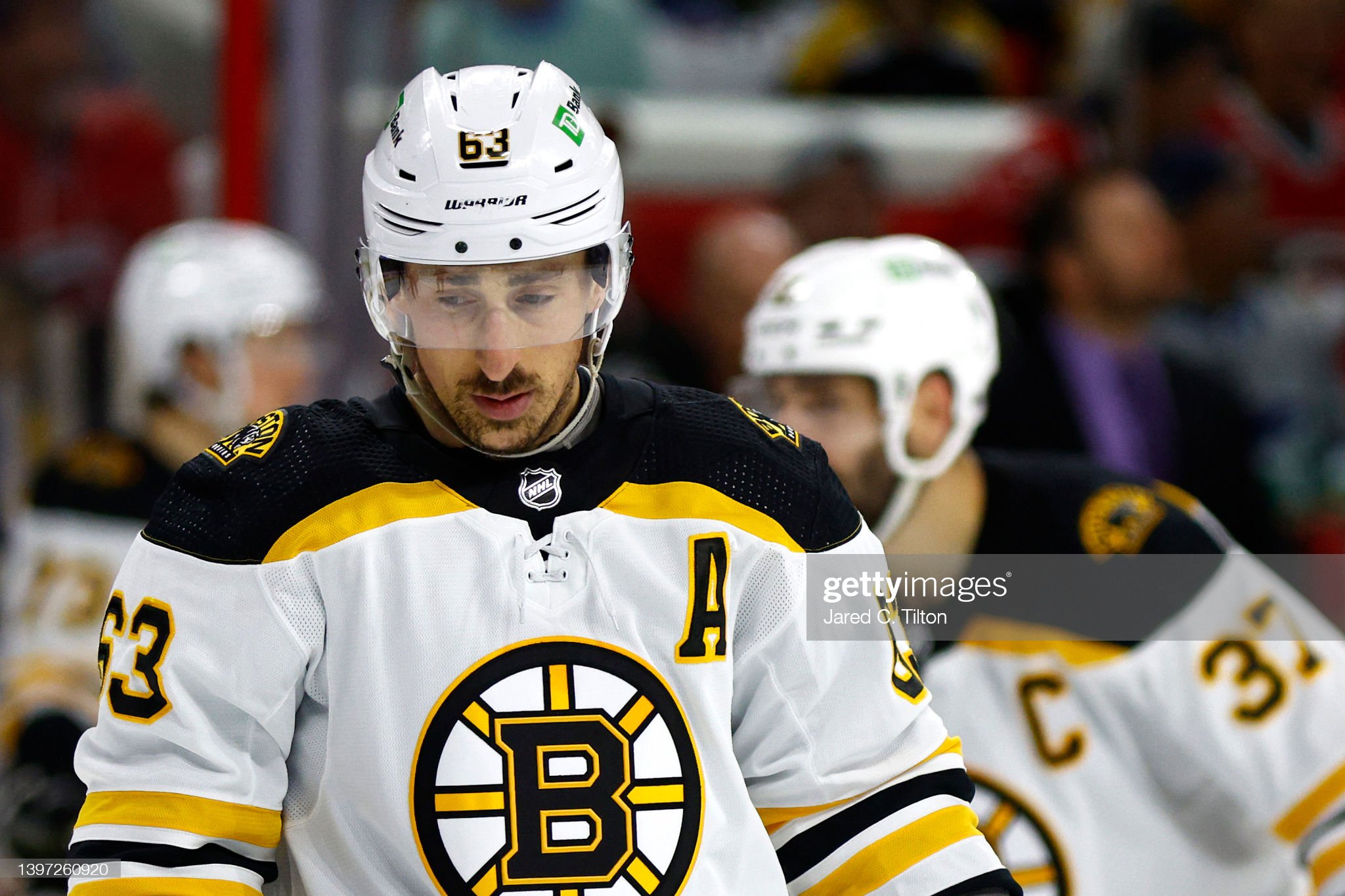 Rumor: Per – Elliotte Friedman – sportsnet.ca. Only three players, Seth Jones, Patrick Kane, and Jonathan Toews are ‘untouchable’ at this point. They all have no-movement clauses. The rest of the roster may be open for deals if the price is right.

Friedman stated that includes Alex DeBrincat, who can score with the best of them, as evidenced by his 41 goals, 78 points. There have been rumors flying that ‘Cat’ could go to the New Jersey Devils who hold the second overall pick in the NHL draft next month. His contract worth $6.4 million expires after next season. If general manager Kyle Davidson is seriously considering a rebuild as he has stated, DeBrincat would be his best trade asset. He could bring back the kind of return needed for the Hawks to receive valuable draft picks while doing their due diligence of finishing lower in order to go after a prize like Connor Bedard next year.

As Davidson attempts to rebuild the Chicago club, will trading DeBrincat be in the cards? Just as Friedman mentioned in comparing the Brandon Hagel trade, if an offer comes up, he will consider it. 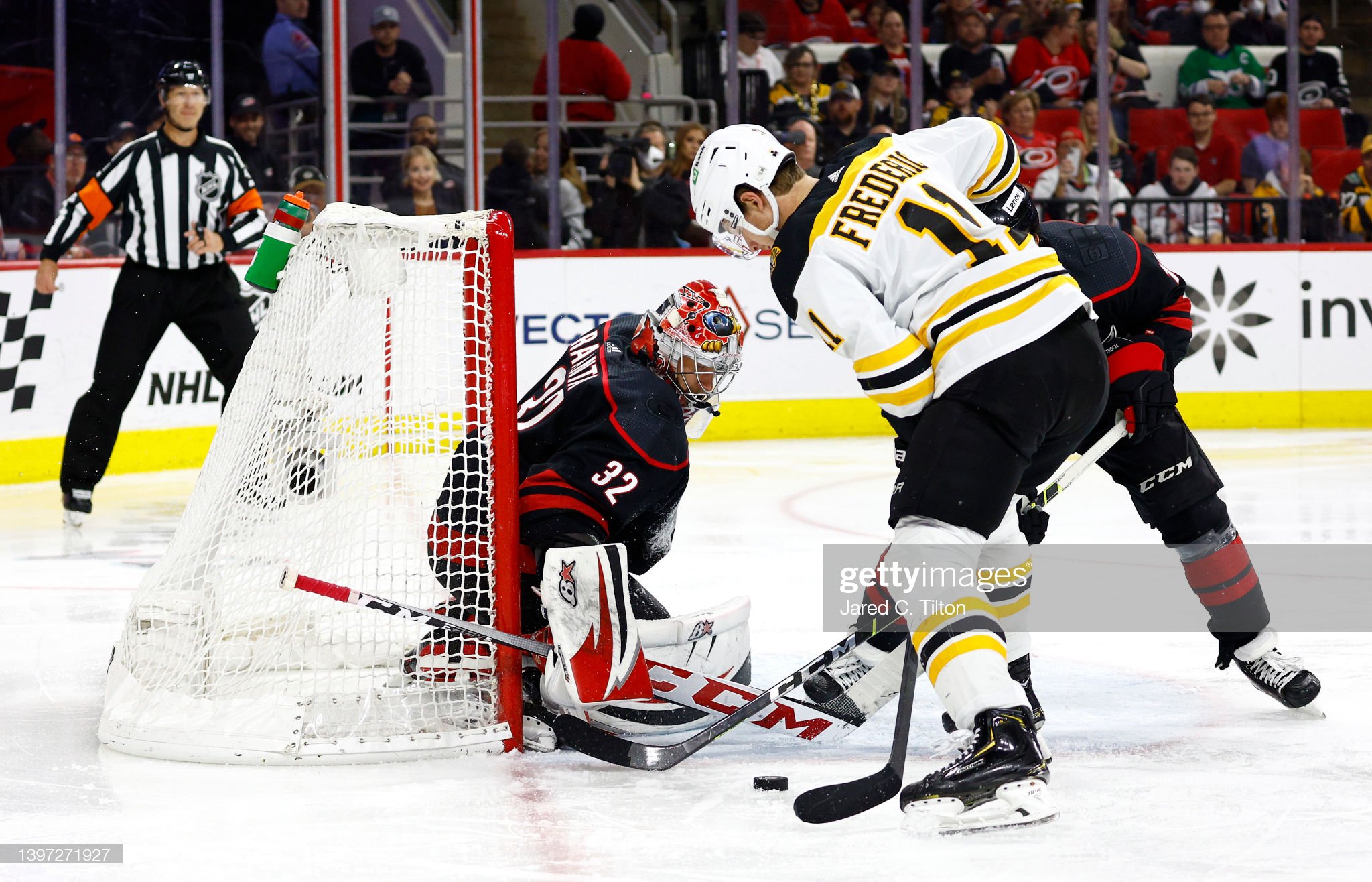 Rumor: Per – Elliotte Friedman – sportsnet.ca. According to GM Kevin Cheveldayoff no contract negotiations with RFA Pierre Luc-Dubois yet. He didn’t want to comment on the head coaching search.

As far as the talks with getting Luc-Dubois signed, with four unrestricted and restricted free agents and about $18 million in cap space that could create an issue. According to dobberhockey.com, the number that Luc-Dubois may be looking at would be about $6.683 million AAV. He is coming off of a two-year deal worth $5 million AAV.

When the head coaching topic came up Cheveldayoff failed to give any new information. We all know that Barry Trotz may be a favourite to land the job behind the bench, but others have been interviewed. Rick Tocchet and Scott Arniel (who played for the Jets for six seasons) have all been mentioned. And Friedman brought up another name Jim Montgomery. Montgomery is currently an assistant coach with the St. Louis Blues. 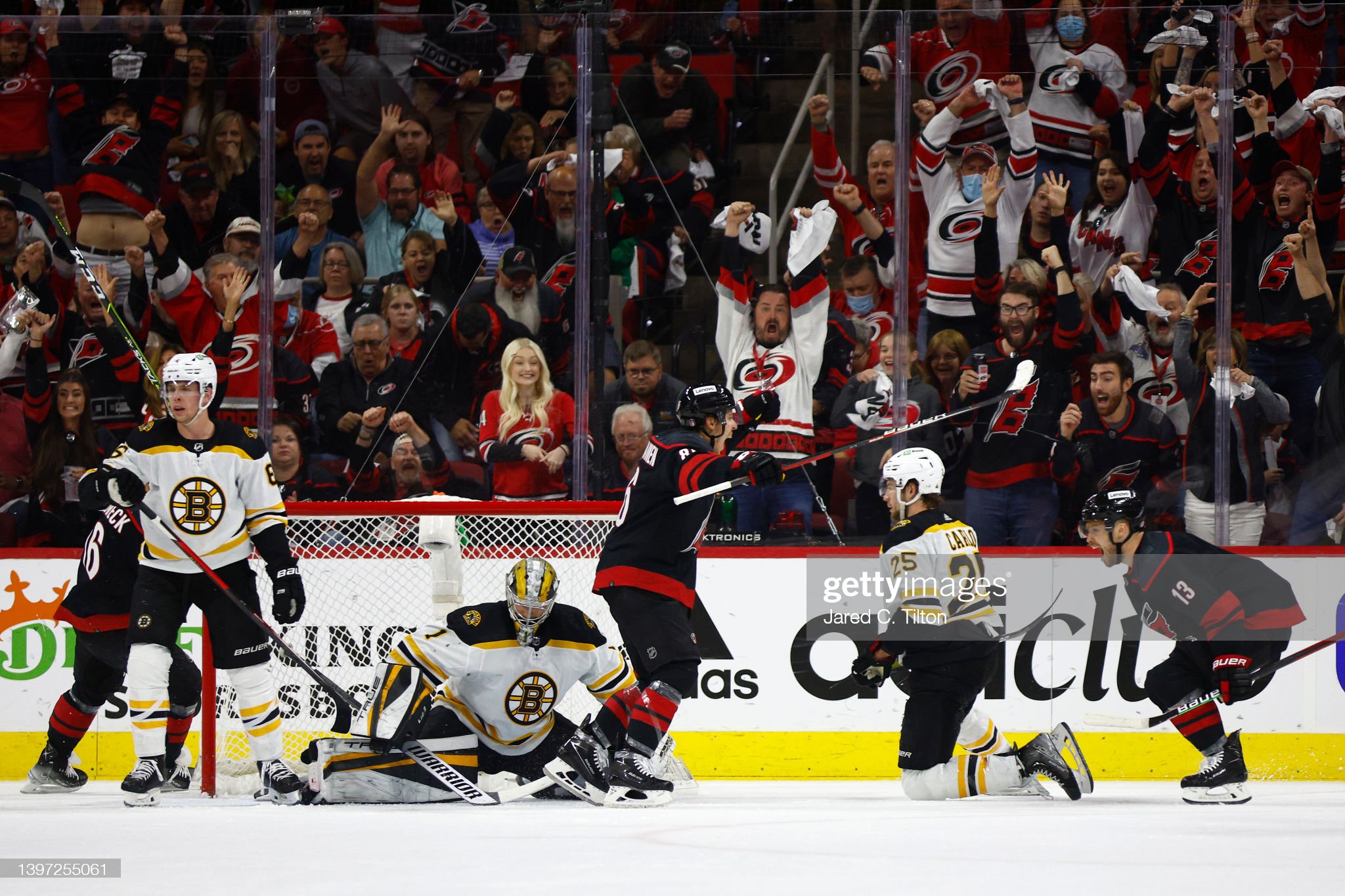 We should start to know how all the head coaching vacancies are filled in a short period of time. Most bench bosses want to get familiar with their new team before the NHL Draft on July 7th & 8th.

That wraps up another edition of NHL rumors. Be sure to catch our next article this Sunday!

Kensington Palace did awful lot of leaking’ on Harry and Meghan.

CELEB GISTS Emilia Watson - August 13, 2022 0
For the last year, Hollywood has been taken by storm by one leading lady more than any other: Wonder Woman herself, Gal Gadot. Ever since...

CELEB GISTS Emilia Watson - August 13, 2022 0
Kaley Cuoco is a renowned actor and producer. She landed numerous supporting television and film roles towards the end of the 90s. The 37-year-old...

CELEB GISTS Emilia Watson - August 13, 2022 0
Rafael Nadal debuted on the Tour twenty years ago. Two decades later, the Spaniard is still among the best players in the world, working...

Basketball Emilia Watson - August 13, 2022 0
The Los Angeles Lakers and LeBron James are looking to bounce back after a disappointing 33-49 season that saw them fail to make the...

What Johnny Depp Did To A Leukemia Patient

Prince Harry sent dire warning over new bombshell that will ‘give different side’ of...

CELEB GISTS Katy Perry - August 12, 2022 0
PRINCE HARRY is facing the prospect of a new royal book that could challenge his narrative, a royal commentator has suggested. The Duke of Sussex...

CELEB GISTS Katy Perry - August 12, 2022 0
Nick Kyrgios reveals heartbreak over his sick parents as he beats fellow Aussie Alex de Minaur to keep firming as one of the favourites...

Brad Pitt allegedly “blacklists” actors he refuses to work with

CELEB GISTS Katy Perry - August 12, 2022 0
Apparently, Brad Pitt has a list of stars he'd like to work with again, and another list of people he literally wants nothing to...