The Duchess has penned an emotional open letter detailing the ‘sudden’ news.

Meghan Markle has revealed she’s mourning the loss of a close friend who paved the way for her work with a leading animal welfare charity.

The Duchess has said, in a new open letter to the public, that she’s “heartbroken” over the sudden death of Oli Juste, 45, in January.

Meghan met Oli years ago, and he introduced her to Mayhew, a London-based animal welfare charity.

The 40 year old fell in love with the rescue work undertaken at Mayhew and became the organisation’s royal patronage for three years.

Meghan has had a longtime passion for rescuing animals, adopting two dogs named Guy and Pula. “I was introduced to Mayhew by my dear friend, animal behaviourist, Oli Juste,” the Duchess’ letter began.

“We shared, amongst many things, a commitment to animal welfare and a deep love of rescue dogs.

“In fact, it was Oli and his fiancé Rob who helped care for my rescue dog, Guy, when I had just moved to the UK and he was recovering from a debilitating accident.”

The mother of two went on to write that her three-year patronage at Mayhew ended earlier this year.

“I [have] reflected on the work they have achieved in the hardest of times – during a global pandemic with minimal resources, safeguarding staff from their stations in Afghanistan, and still resolving to remain steadfast in their vital day to day work for animal and human welfare throughout London and across the globe,” she wrote. 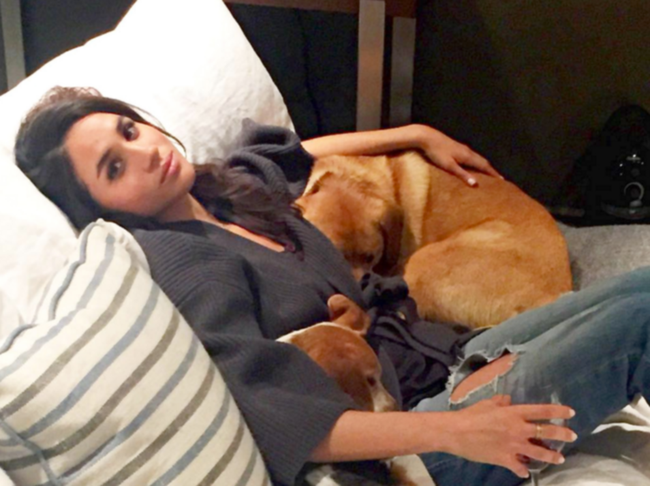 Meghan Markle and her rescue dogs.

“Every day there was another twist and turn, every week another update – which Oli and I would connect about: ‘What can we do? How can we do more? Look at the amazing work they continue to do’.”

Meghan ended the message by reflecting on Oli’s death.

“On January 15, 2022, my beloved friend Oli tragically and very suddenly passed away,” she said.

“It has left me, and so many others, heartbroken and reflective – knowing that the legacy he leaves for our furry friends is beautifully simple: just love them.

“Especially those left behind or forgotten.” 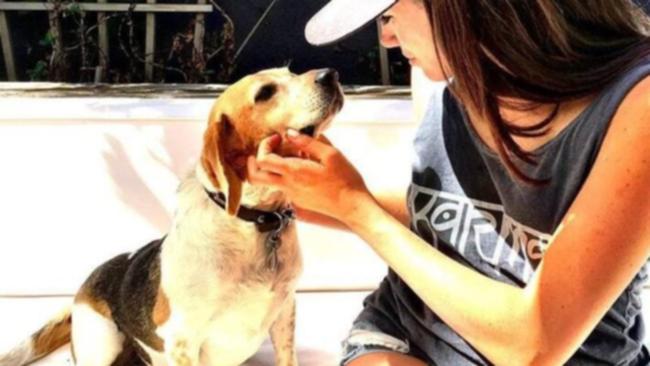 Meghan and her dog named Guy

Meghan shared plans by the charity to honour Oli’s memory.

“In his memory, we will be creating the Oli Juste wing at Mayhew, to shelter the animals who may have a harder time finding their forever homes.

“Because much like Oli, they will never be forgotten, and they will always be loved.”

On January 20, Rob released a statement on Oli’s Instagram to announce his fiancé’s death.