Make sure your seat belts are fastened for the new season of The Flight Attendant.

On Monday, HBO Max released the new trailer for the show’s upcoming second season with star Kaley Cuoco teasing it as “one trip you will never forget.”

Cuoco, 36, is back as jet-setting flight attendant Cassie Bowden. In season 1, she woke up in a hotel room to find a man dead, with no recollection of how it happened. Throughout the season, she worked to catch the real murderer, tried to get sober and eventually was recruited to the CIA.

Now, Cassie is struggling to keep her double life a secret from her friend Annie Mouradian (Zosia Mamet). “I’m an asset for the CIA,” Cassie says. “I know we said no more secrets but you’re about to guess it anyway.”

Annie responds, “I was literally nowhere close to figuring that out.”

Cassie also begins to question if she is being framed. “There are a lot of weird things going on around me. I’m starting to think someone is pretending to me,” she says.

“I’ve worked so hard to build this new life and I’m holding onto it with everything that I have,” Cassie adds.

The trailer shows Cassie returning to her “mind palace” where she is confronted with three other versions of herself. “Are you me? Oh God! Don’t answer that,” she says. 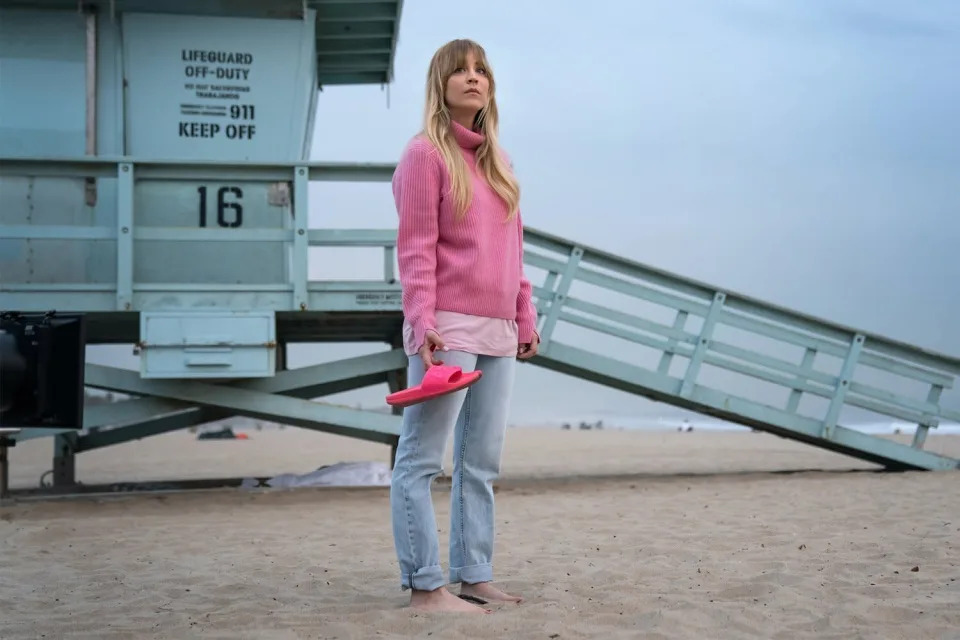 Another Cassie responds, “What did you think? You’re going to find some hot dead guy in here again.”

Towards the end of the trailer, fans see Sharon Stone for the first time as Cassie’s estranged mother Lisa.

According to a press release from HBO Max, trouble is ahead “when an overseas assignment leads her to inadvertently witness a murder.” As a result, Cassie “becomes entangled in another international intrigue.”

Cuoco told Entertainment Weekly last month that her character has “completely changed. Turned over a new leaf and is a whole new person” in season 2.

“We find out rather quickly that’s not the case and sobriety is a lot harder than she likes to admit,” she added of the second season’s plot.

Cuoco also shared that her character’s side gig “sometimes goes too far.”

“She’s an asset, not an agent, which she constantly needs to be reminded of,” she explained.

The first two episodes of The Flight Attendant season 2 premiere April 21 on HBO Max. The following episodes will be released in weekly installments, concluding with the May 26 finale.