Jessica Pegula Breaks Into Top 10 Of WTA Rankings, Coco Gauff Jumps 10 Spots To No. 13 As 5 Americans Feature In Top 25

Jessica Pegula has broken into the top 10 for the first time in her career, while French Open finalist Coco Gauff is ranked 13th as five women from the USA feature in the top 25 of the WTA’s latest rankings list.

Other Americans in the top 25 are Danielle Collins, Madison Keys, and Amanda Anisimova.

Five USA women in the top 25, most (by far) of any nation

Although no American finds a place in the top 5, Jessica Pegula and Danielle Collins are ranked No. 8 and No. 9 respectively.

Thanks to reaching her first Grand Slam final, Coco Gauff jumped 10 places to World No. 13.

Madison Keys, who lost her French Open fourth-round match against Veronika Kudermetova, is ranked 23rd, while Amanda Anisimova, who also made a fourth-round exit at Roland Garros, rounds out the top 25. 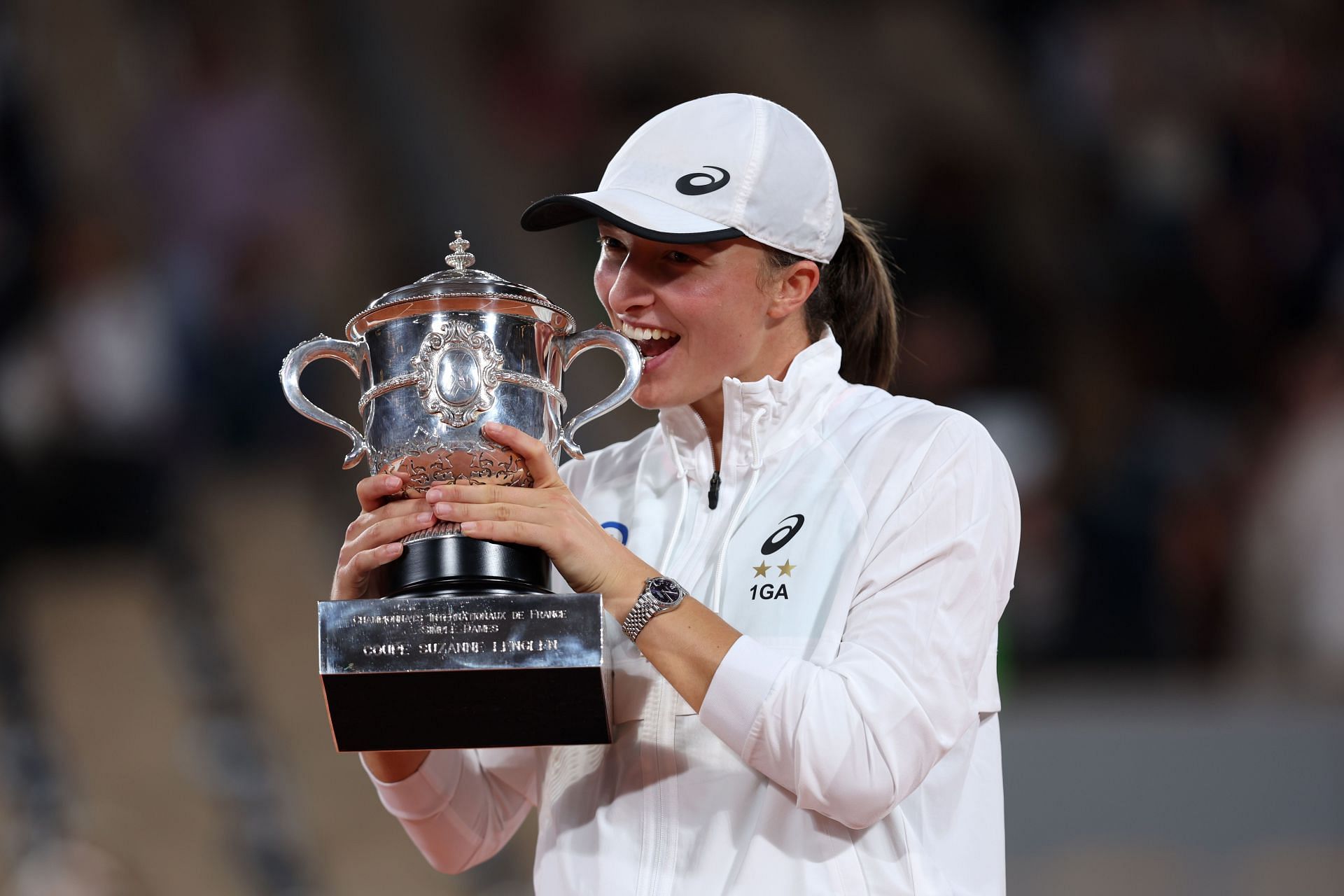 Swiatek is now 4,000 points ahead of World No. 2 Anett Kontaveit

Iga Swiatek, who became World No. 1 after the retirement of Australian Open champion Ashleigh Barty, continues to consolidate her lead at the top. The Pole is now over 4,000 points clear of Anett Kontaveit, who is ranked No. 2.

Barbora Krejcikova, who was ranked World No. 2, dropped 12 places after her first-round exit at the French Open. The 26-year-old Czech won the tournament last year.

Aryna Sabalenka, who lost in the final of the Libema Open last week, is ranked fifth – a position previously occupied by Maria Sakkari, who has dropped down a spot to World No. 6.

Paula Badosa and Ons Jabeur occupy the third and fourth rungs on the list, while Garbine Muguruza rounds out the top 10.

The latest rankings will not change after the third Grand Slam of the year following the WTA’s decision to strip Wimbledon of its ranking points in response to the All England Lawn Tennis Club’s decision to ban Russian and Belarusian players.