Jennifer Lopez certainly packed on the PDA with her boyfriend Ben Affleck as they hit up the batting cages with her daughter Emme on Tuesday.

The pop star, 52, enjoyed a sweet smooch her boyfriend before they cuddled up as she watched her daughter, 14, take a swing from the other side of a chain link fence.

JLo also stepped up to the bat, and looked every inch the pro as she attempted to hit an incoming ball with her bat. 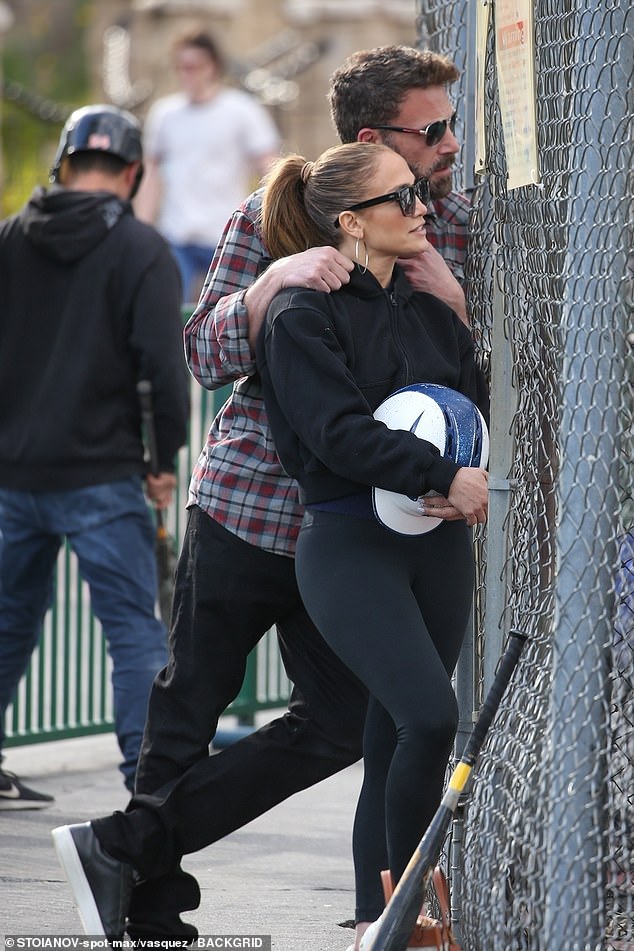 Game on! Jennifer Lopez enjoyed a cuddle session with her boyfriend Ben Affleck as they hit up the batting cages with her daughter Emme on Tuesday 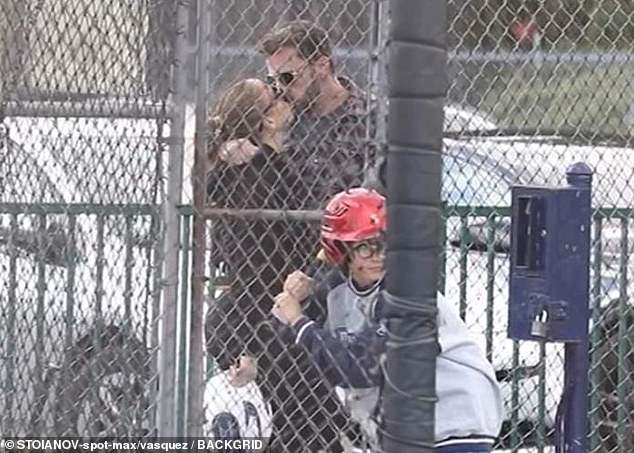 Loved up: The two enjoyed a sweet smooch

Emme tried her hand out at the batting cage as well and protected herself with a bright red helmet.

As she swung at the ball, her mother cuddled up to her boyfriend from behind the fence.

Jennifer was dressed in style for her day of fun, rocking black leggings, a zip-down sweatshirt, and white trainers.

Ben was styled in his usual flannel shirt, jeans, and glossy black sneakers. 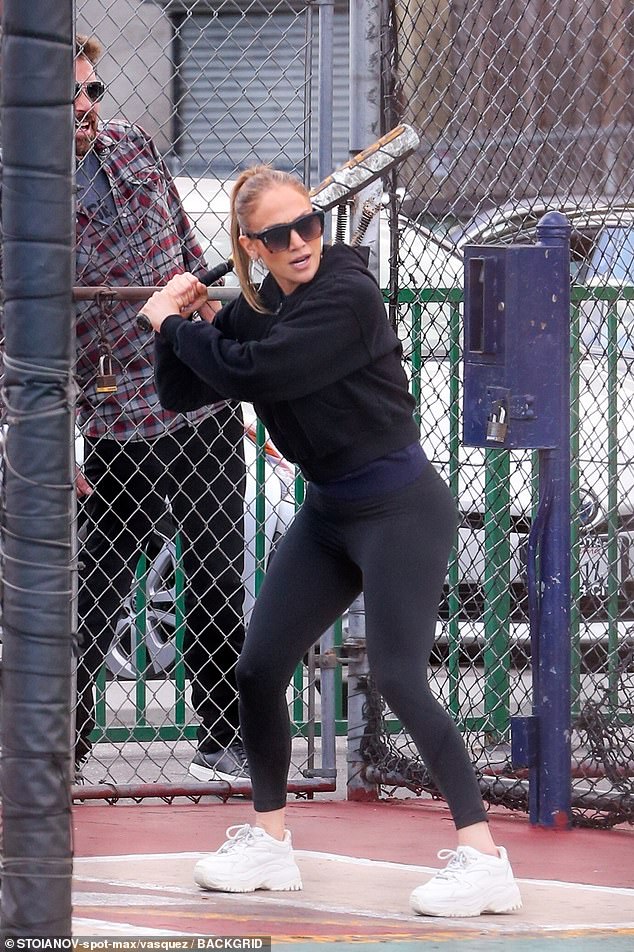 PDA! As Emme prepared to swing her bat, her mother cuddled up to Affleck

These sighting follow reports that the couple are getting closer than ever to an engagement.

A source close to the couple, who rekindled their romance in 2021, after calling off their engagement in 2004, said they’re now talking about tying the knot again.

‘Ben and Jen can’t wait to spend the rest of their lives together and know that they were destined to be together,’ an insider told ET. ‘An engagement is on the table and it has been an ongoing conversation.’

Lean on me! JLo rested her head against Affleck’s shoulder 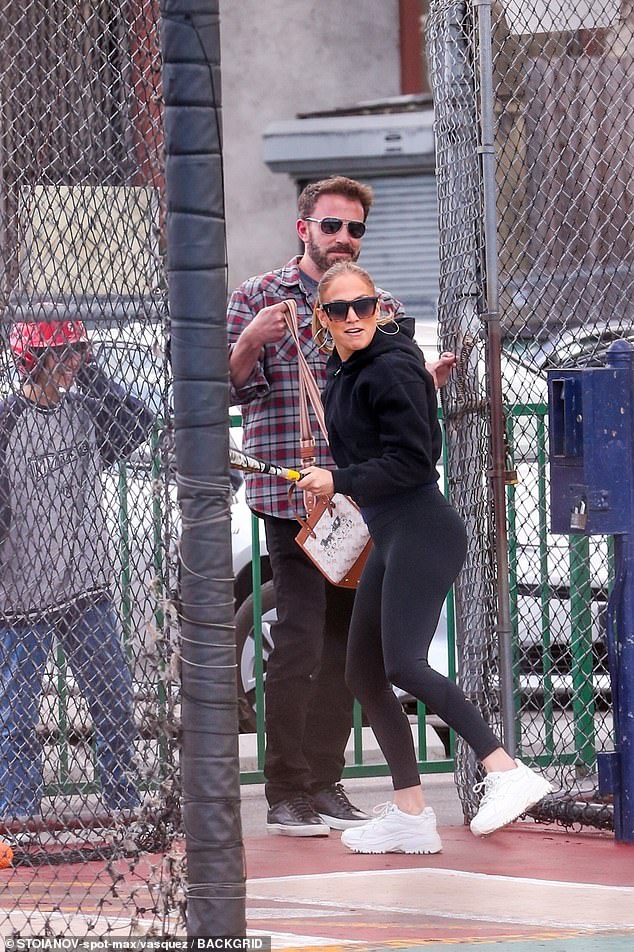 Doting boyfriend! The Argo actor took JLo’s purse for her after it proved meddlesome inside the batting cage

Ben and Jennifer are ‘committed to having a healthy, everlasting relationship,’ they continued.

The insider explained: ‘They actively talk about what didn’t work in the past and use those experiences to strengthen their relationship now, for the future and for the sake of themselves and their families.

‘They are committed to having a healthy, everlasting relationship,’ the source added.

Mom and me: Lopez shares her 14-year-old daughter with her ex-husband Marc Anthony

Ben is also hugely supportive of the chart-topping star.

‘Ben is Jen’s number one fan and he completely champions her and always tells her how great she is. He loves talking about her different projects,’ they continued.

‘She is a huge supporter of his too, but Ben really can’t stop telling everyone how smart and hardworking she is.’ 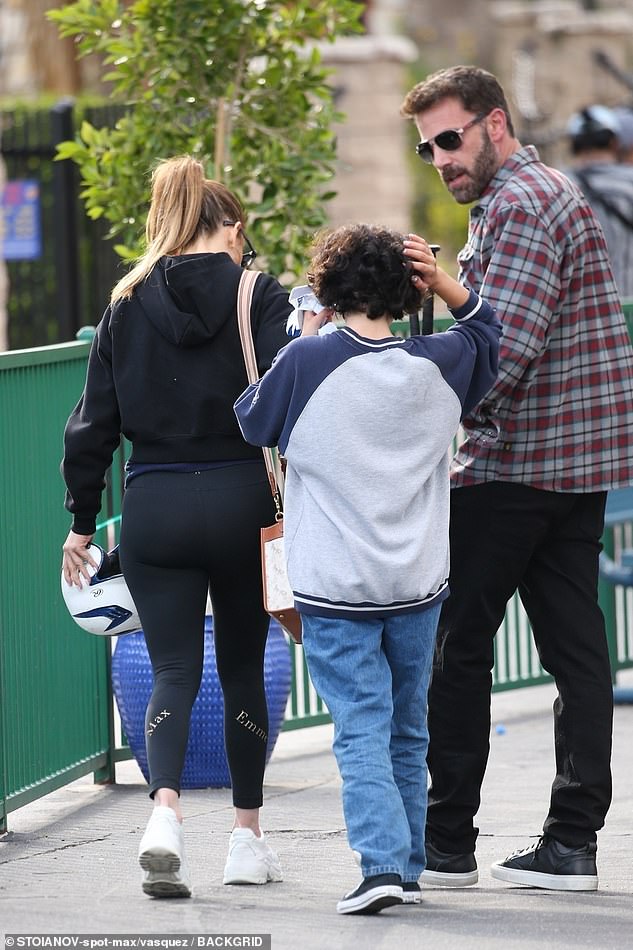 Keeping it casual! Ben was styled in his usual flannel shirt, jeans, and glossy black sneakersJennifer recently described her romance with Ben as a ‘happy, healthy relationship.’

The loved-up couple previously dated between 2002 and 2004, but Jennifer thinks they’re both now older and wiser.

Reflecting on their romance to People last month, she said: ‘We’re older now, we’re smarter, we have more experience, we’re at different places in our lives, we have kids now, and we have to be very conscious of those things.’

Jennifer and Ben’s romance created huge interest in the early 2000s. But the Jenny From The Block hitmaker is convinced they will both be able to cope with the pressure this time around.

She explained: ‘I think we are strong enough now to know what’s real and what’s not, whereas when we were younger maybe some of those outside voices were a little bit tougher for us to reconcile and survive.’

Jennifer shares twins Emme and Max with her ex-husband Marc Anthony while Ben has daughters Violet, 16, Seraphina, 13, and son Samuel, 10, with his ex-wife Jennifer Garner. 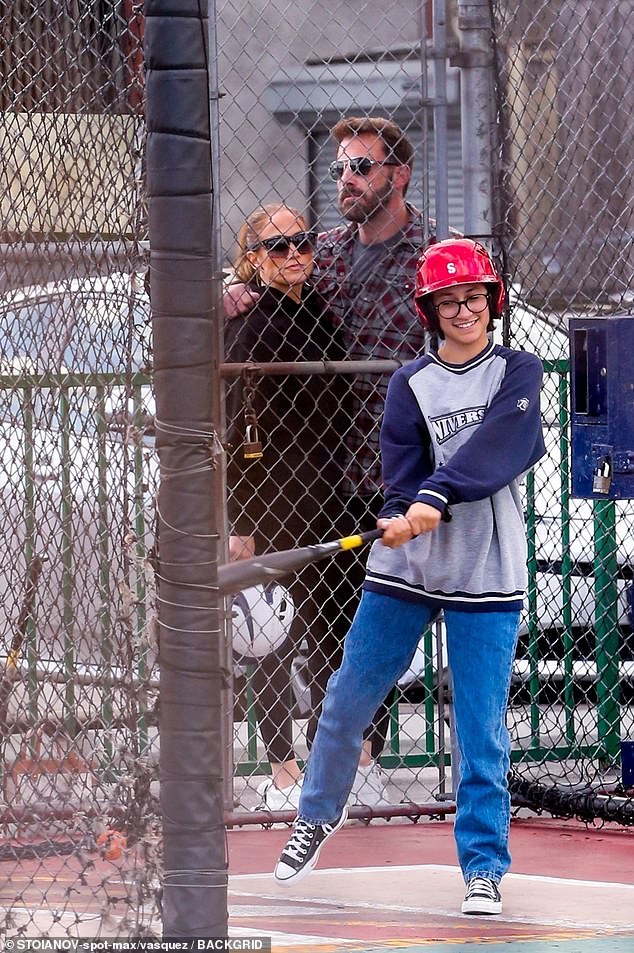 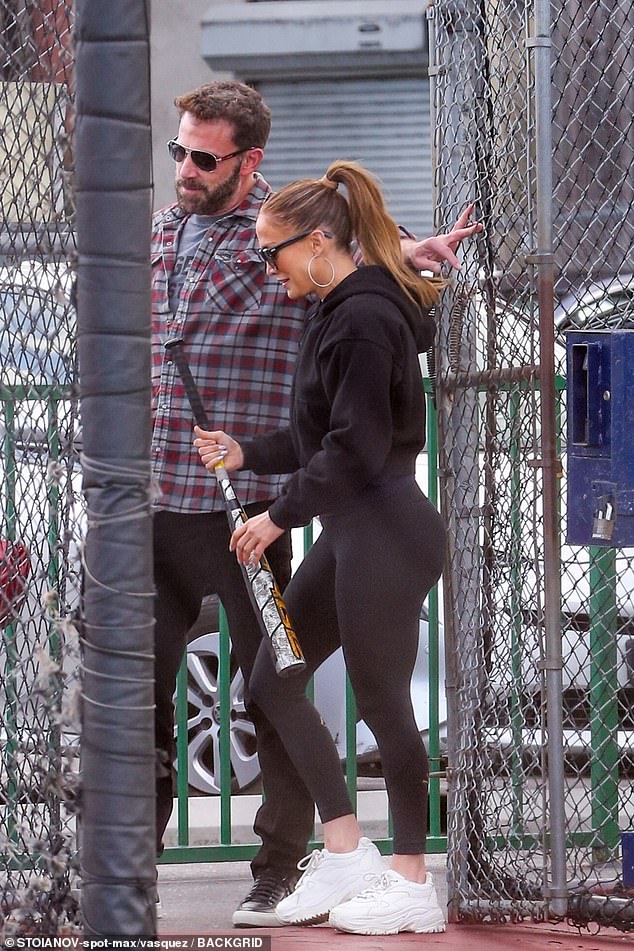 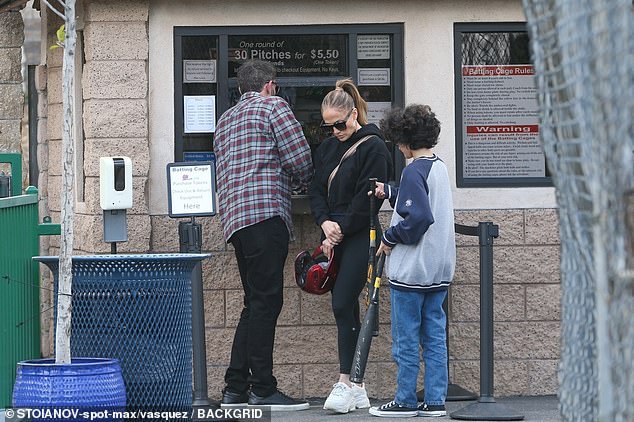 I’ll take one bat: Affleck appeared to be sorting out payment