The singer showed off her engagement ring in a video

While some people don’t believe in second chances, others put all their dreams in them like Jennifer Lopez and Ben Affleck, who are once again engaged, after canceling their first engagement in 2004

The actress and singer has been in charge of announcing the news to her fans through her newsletter ‘On the JLo’, in which she shared a video in which she appears wearing her engagement ring with green stones.

With tears in her eyes, Lopez keeps looking at her ring until she wipes her tears and says “You’re perfect.”

After rekindling their romance in 2021, Jennifer Lopez and Ben Affleck appear to announce their engagement. Lopez shared a video showing off a beautiful green ring on Friday. pic.twitter.com/umJZc0olF7

JLo’s sister, Lynda Lopez, also shared photos of the video on her Instagram stories, a reconfirmation that this is not just a publicity ploy by the couple. 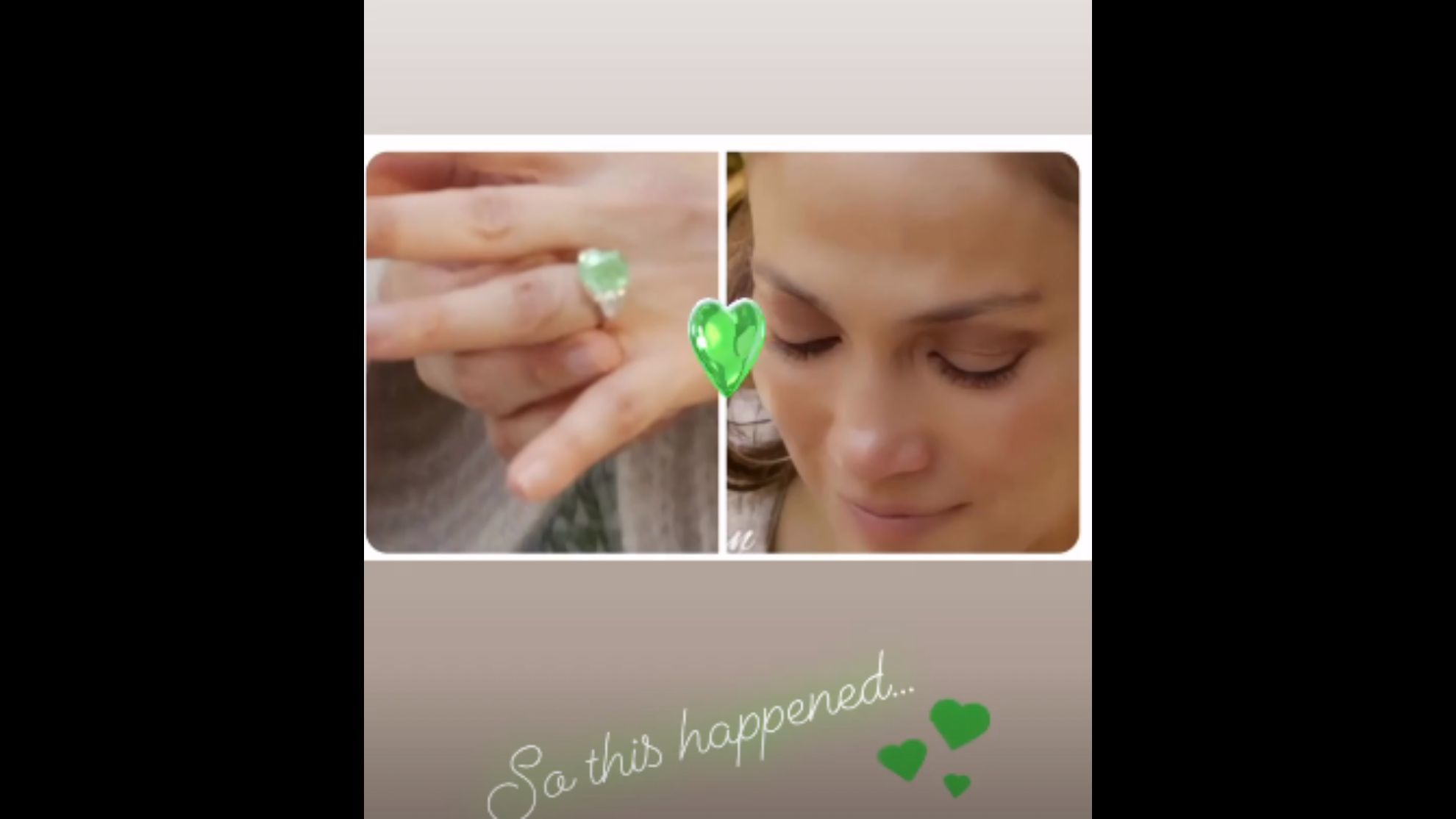 This decision reaffirms that the Bennifer romance (a term the tabloids used 19 years ago to refer to the couple) in its 2.0 version is a reality.

Lopez and Affleck met in 2001 on the set of the film ‘Gigli’, which was a box office flop but allowed them to start their relationship, as Ben himself at the time stated that he “did get to meet Jennifer, the relationship with whom has been really meaningful to me in my life,” as he told Entertainment Weekly.

It was in November 2002 when Affleck proposed to Lopez, then with a huge pink diamond ring. The wedding was scheduled for September 2003, although after being postponed, in January 2004, on the eve of the wedding, they announced their breakup.

“Due to the excessive media attention surrounding our wedding, we have decided to postpone the date,” the couple said in a statement.

The couple has children from other marriages
Just three days after that announcement, Lopez began dating Marc Anthony, whom she married in June 2004 and had two children, twins Emme and Max, while Affleck later married Jennifer Garner whom he divorced in 2018 and with whom he had three children, Violet, Seraphina and Samuel.

About a year ago, after Lopez ended her relationship with former baseball player Alex Rodriguez and on the eve of her 52nd birthday, the singer was spotted again with Affleck and since then they have not separated.

“I feel so lucky and happy and proud to be with him (Affleck) it’s a beautiful love story that we got a second chance,” Lopez told People magazine.

This will be Affleck’s second marriage and the fourth for Lopez, who previously, in addition to Anthony, has been married to actor Ojani Noa and dancer Cris Judd.