Check out who reacted to Alia Bhatt’s Hollywood debut news. It’s none other than Gal Gadot, a.k.a. Wonder Woman! Alia Bhatt will next be seen in Gal Gadot’s ‘Heart of Stone,’ alongside Jamie Dornan in a Netflix exclusive, causing quite a stir in Hollywood and India. Alia uploaded a screenshot of the Deadline announcement shortly after the news broke.

Her peers in the industry congratulated her, and Gal Gadot commented with a ‘raised hands’ emoji. Tom Harper will helm ‘Heart of Stone,’ with Greg Rucka and Allison Schroeder penning the story. The film is produced by David Ellison, Dana Goldberg, and Don Granger of Skydance, as well as Bonnie Curtis and Julie Lynn of Mockingbird and Gadot and Jaron Varsano of Pilot Wave 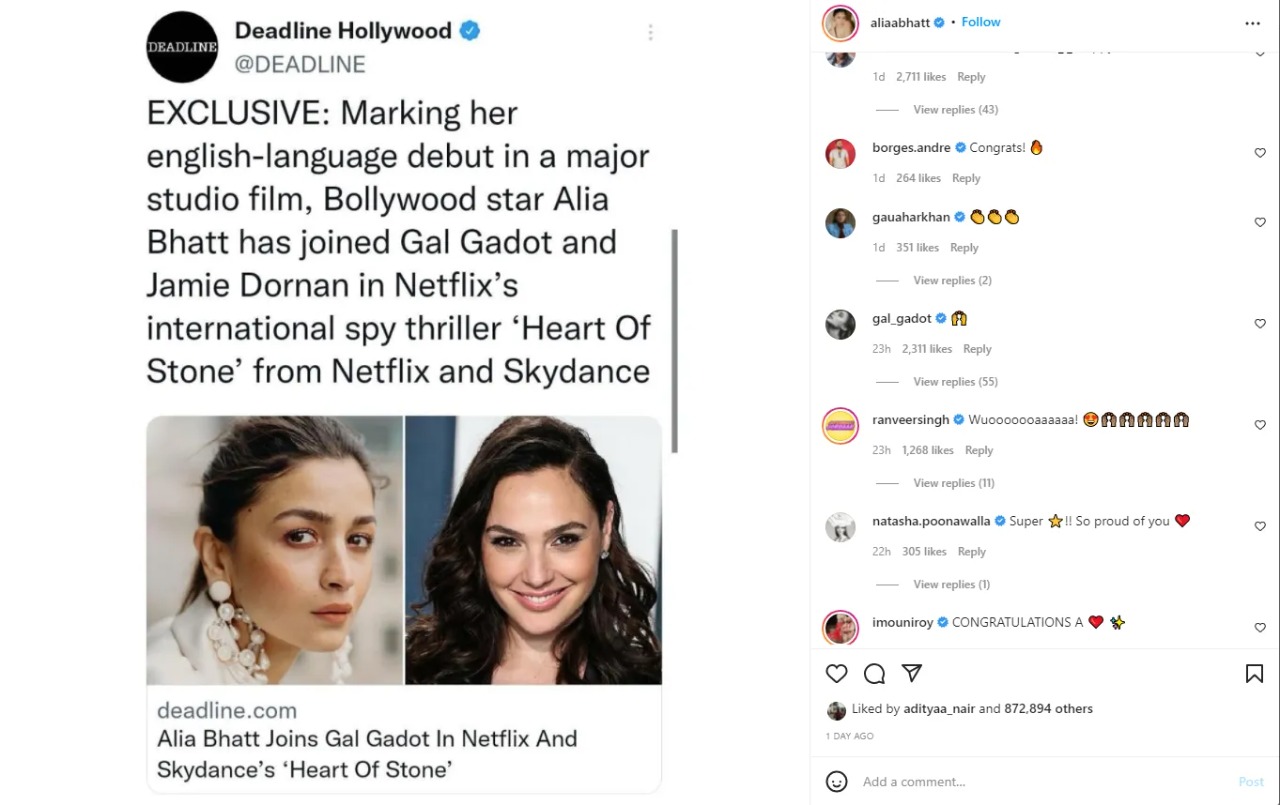 Keep reading murtalacheekherjeeh.com for more such updates on your favorite celebs.