Scarlett has sent a cryptic message after her and Karrion Kross’ return during the closing segment of this week’s episode of WWE SmackDown. The couple confronted Roman Reigns upon their comeback.

Kross and Scarlett made their WWE debut in 2020. The former is a two-time NXT Champion and has shared the ring with the likes of Ciampa, Damian Priest, and other prominent names. By November 2021, the Stamford-based company had released the couple.

Upon his return on Friday Night SmackDown, Kross also took out Drew McIntyre ahead of his Undisputed WWE Universal Championship match against The Tribal Chief at Clash at the Castle in the UK.

Taking to Twitter, Scarlett shared a photo of herself and Kross with a five-word message.

Our life is a movie… 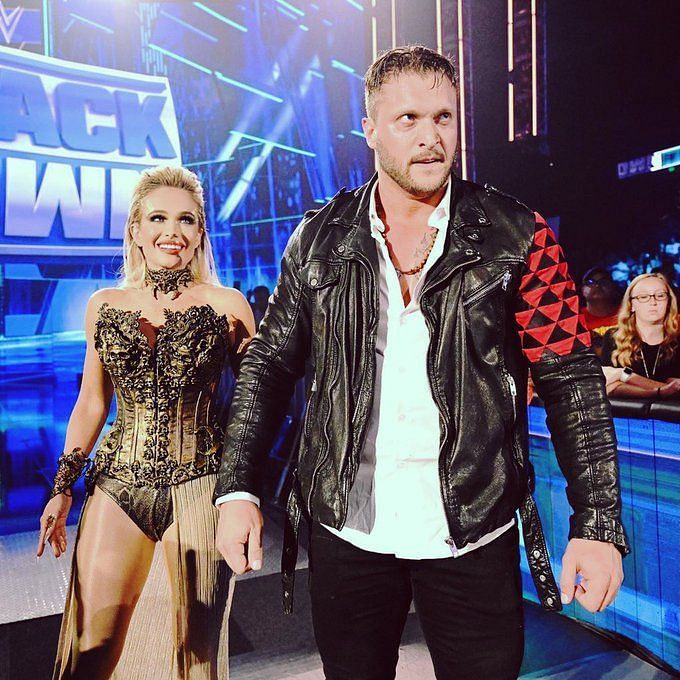 Fans were pleasantly surprised when they saw the couple return to the blue brand and the promotion in general.

In reaction to Scarlett’s tweet, the fans once again showed their support. One fan even suggested that Kross could soon become the Universal Champion by dethroning Roman Reigns.

Check out some of the reactions on Twitter below:

@Lady_Scarlett13 im enjoying the movie 🍿
While Kross was a dominant force in NXT, things didn’t go smoothly on the main roster. His debut match on RAW ended in a two-minute loss to Jeff Hardy.

He was separated from Scarlett and saw a gimmick change before getting released. Following his departure from the company, Kross returned to Major League Wrestling for the first time in two years.

Meghan Markle put on blast for allegations of racism: ‘Who’s next? – see details

Kaley Cuoco flicked out and stuns in see-through after opening her shirt to dazzle everyone.. – see photos