Piers Morgan has hit out at Kim Kardashian after she admitted to crying at a Skims fitting following a man’s execution for killing two people.

Businesswoman Kim had campaigned for stay of execution, however, the plea was rejected by the United States Supreme Court, and he was killed by lethal injection in December 2020.

Remembering the tragic case in a recent video interview, she said Bernard rang her before he was put to death.

‘I remember crying and feeling so helpless because it was his last phone call and he was telling me, “don’t cry, it’s gonna be okay”,’ Kim recalled.

‘You know, hearing that he was worried that he’d be claustrophobic in the chair and then on his last call when he was in the execution room, said “please tell Kim I’m not claustrophobic, it’s okay”.’ 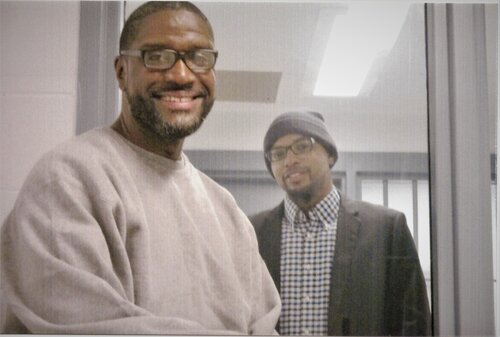 ‘I’m hysterically crying calling every governor that I could possibly imagine to try and stop someone’s execution and then I have to run into, you know, a Skims fitting, and I’m fitting and I’m crying and I can’t really get my work done.

‘It was such a whirlwind of a day.’

Kim’s controversial interview was shared widely online, with one person responding: ‘Only Kim Kardashian could make a criminal’s execution all about herself – and she even worked in a Skims promo.’ 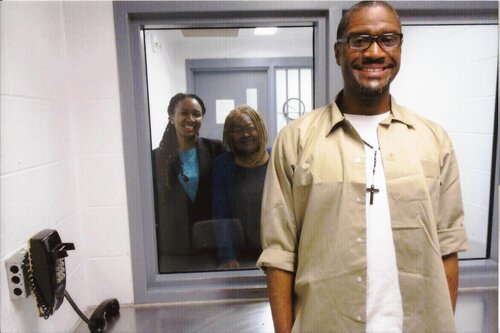 Bernard was convicted of murdering two married youth ministers in 1999

Piers was equally critical of Kim’s comments and upon watching the video, he slammed: ‘Repulsively tone-deaf.’

Kim had previously piled on the pressure for former president Donald Trump to pardon Bernard in 2020.

Making her plea via Twitter, Kim wrote to Trump: ‘Brandon Bernard, a 40-year-old father is going to be executed tomorrow by our federal government. Having gotten to know Brandon, I am heartbroken about this execution.

‘I’m calling on @realDonaldTrump to grant Brandon a commutation and allow him to live out his sentence in prison.’

She continued: ‘Most of the time executions happen, in our names, without a lot of attention given to them. This is unacceptable. For the next 24 hours I will be tweeting about Brandon and his case and why his life should be spared by @realDonaldTrump.

‘Conservatives agree- Brandon Bernard should not be executed.’

Bernard, then aged 18, and his accomplice Christopher Vialva were found guilty 20 years ago of carjacking and murdering Todd and Stacie Bagley at the Fort Hood army base in Texas who were Christian youth ministers from Iowa.

Bernard and accomplice Christopher Vialva were sentenced to death in 2000 after a jury found them guilty of carjacking and murdering Todd and Stacie Bagley, married Christian youth ministers from Iowa, on the controversial Fort Hood army base in Texas.

Five members of the local 212 Piru Bloods gang, including Bernard and Vialva, participated in the killing.