Tesla CEO Elon Musk on Tuesday made a jab at the United Auto Workers over embezzlement charges against one of its former officials.

Reacting to the news, Musk quipped that UAW’s slogan ought to be: “Fighting for the right to embezzle money from autoworkers.”

He added that the UAW stole millions from workers, whereas Tesla has made many of its workers millionaires through stock grants.

“Subtle, but important difference,” he said.

UAW slogan – “Fighting for the right to embezzle money from auto workers!”

Edmunds is the 17th defendant convicted in an ongoing criminal investigation into corruption within the UAW, according to federal prosecutors.

From 2011 to 2021, Edmunds was secretary-treasurer of UAW Local 412, which represents about 2,600 people who work for Stellantis at factories in the Detroit area.

Edmunds “systematically drained” the local union’s bank accounts of about $2.2 million by using the labor group’s credit cards for personal purchases, cashing local checks and transferring money into his accounts, according to the criminal case, the U.S. attorney’s office said. 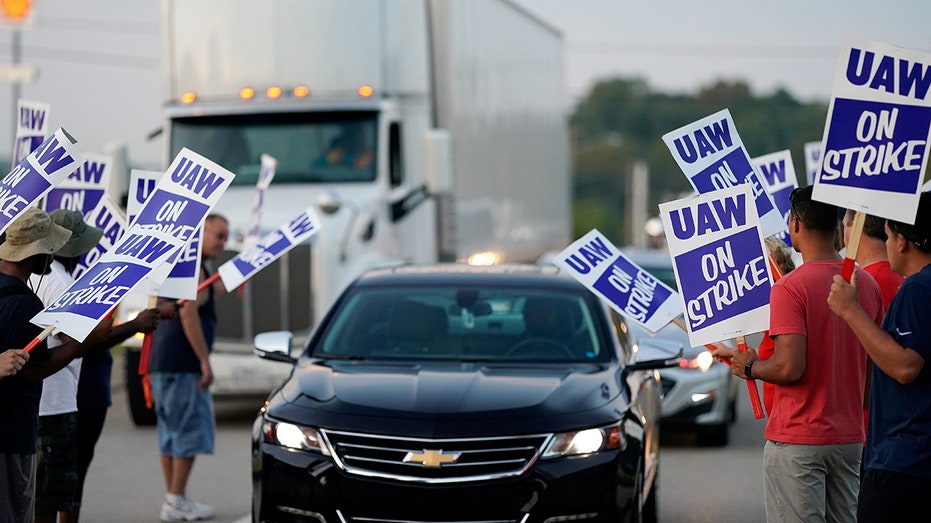 Prosecutors said he gambled with the money and spent more on guns, cars, and child-support payments. He was charged in a November indictment.

The UAW told FOX Business an internal audit ultimately discovered Edmunds’ improper expenditures which they then turned over to federal authorities.

Musk has exhibited a cool reception towards unions over the years. In 2018 he tweeted that stock options for employees would be off the table if Tesla employees unionized. An administrative law judge ruled in 2019 that the tweet violated labor laws. Tesla appealed the ruling.

esla CEO Elon Musk and Armin Laschet, CDU Federal Chairman and Prime Minister of North Rhine-Westphalia, talk during a tour of the plant of the future foundry of the Tesla Gigafactory on August 13, 2021 in Grünheide near Berlin, Germany.

Earlier this month, Musk invited the UAW to hold a vote at Tesla after President Biden declined to mention the company during his State of the Union Address.

The president touted Ford and GM’s investments in electric vehicles, prompting Musk to tweet that Tesla “has created over 50,000 US jobs” and is “investing more than double GM + Ford combined.”