PIERS MORGAN weighed in with his thoughts on the Oscars as he took aim at Regina Hall’s Covid segment.

Regina Hall’s Covid jokes at the Oscars 2022 split opinion as viewers weighed in on social media. Among those sharing their views was Piers Morgan, who thought if a man had presented it then they would “be cancelled”.

The moment saw Regina joking that some stars needed to go and get “Covid tested” backstage.

Among those that she called out were Simu Liu and Timothée Chalamet.

She also called on Will Smith to come up as well, which he jokingly refused to do. 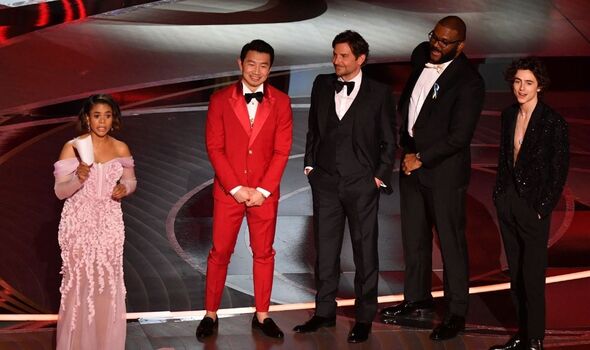 Regina Hall’s Covid jokes at the Oscars 2022 split opinion as viewers weighed in on social media.

Piers weighed in on the moment as he posted his thoughts in view of his 7.9 million followers.

He tweeted: “Interesting to see a female celebrity make lewd sexual jokes about male stars and physically grope them on stage.

“Of course, if a man did that, he’d be immediately cancelled.

“The double standard is laughable.” 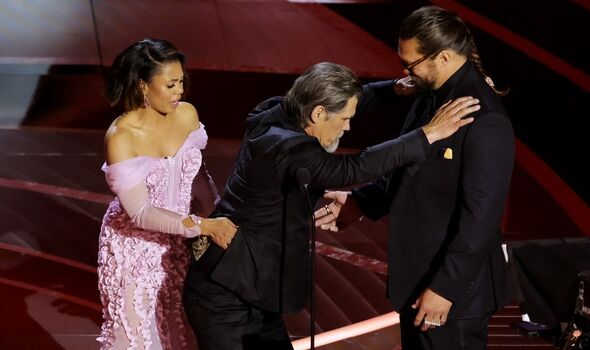 The moment saw Regina joking that some stars needed to go and get “Covid tested” backstage. 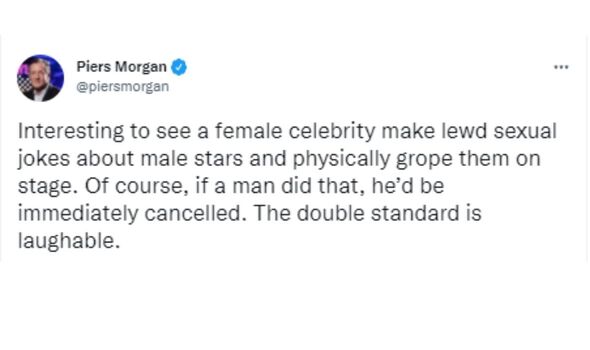 Piers weighed in on the moment as he posted his thoughts in view of his 7.9 million followers.

Brian Pedaci wrote: “Gender-swap that Regina Hall bit and it’d have been super-creepy and inappropriate. Actually, it was anyway. #Oscars.”

Rob J Spain added: “Sooo imagine if Jason Momoa and Josh Brolin gave Regina Hall a “covid pat down” as a part of an Oscars skit.

“Imagine the outrage. Sexism goes both ways folks. That was not cool. Not cool at all. That whole sketch was cringey.#Oscars” (sic)”

Keith Lyle wrote: “This bit Regina Hall is doing on the #Oscars is actually sexual harassment.

“I know a woman is doing it, and there’s irony, which is a 2nd layer of comedy. But it’s probably not the best bit to do in this environment. I’m sure there will be a backlash about it.”

However, others were supportive of the star, saying she was smashing her hosting gig.

Jarett Wieselman added: “Regina Hall has low-key been one of the funniest women in Hollywood for nearly 25 years.

Matt Neglia wrote: “Regina Hall making us all laugh so hard with this bit #Oscars.”

Regina is one of three hosts at the glamourous awards.

She’s joined on stage by Amy Schumer and Wanda Sykes.

The trio opened the show with a hilarious monologue, calling out some of the nominees.