NICK FERARRI branded Prince Harry’s decision to not attend the Duke of Edinburgh’s memorial service “desperately unfortunate” during a debate on Wednesday’s instalment of This Morning.

Prince Philip’s memorial service was held at Westminster Abbey on Tuesday and was attended by Queen Elizabeth II as well as many other members of the Royal Family. One family member who failed to attend the service was the Duke of Edinburgh’s grandson Prince Harry whose absence has been heavily criticised.

Broadcaster Nick hit out at Harry’s decision to miss the memorial as “royalty from all of Europe” attended on This Morning.

Speaking to Nick about the service, host Phillip Schofield admitted This Morning as well as other programmes and newspapers focused on Prince Harry and Meghan missing the Duke’s memorial service and Prince Andrew attending.

Phillip added: “Yesterday was, pretty much across the board, was a great tribute to an extraordinary man.”

The radio host replied: “Oh fantastic and to your point, you had four kings and five queens and untold princes and princesses of royalty from all of Europe, but the security wasn’t good enough for the Duke and Duchess of Sussex.

“I’m just putting it out there, I think it is desperately unfortunate, particularly as Prince Harry was a military bloke and was particularly close to his grandfather.” 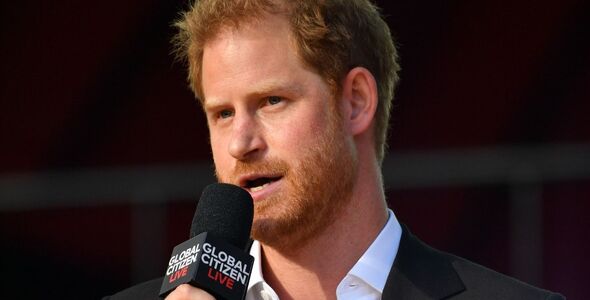 The LBC radio host continued: “This security issue – I am sorry but it seems to be all right for most of the royal families of Europe – it’s just such a great shame he didn’t come over.”

Most of the British Royal Family gathered to remember Prince Philip on Tuesday after he died last year at the age of 99 when only a handful of people were allowed to attend his funeral during coronavirus restrictions.

Those in attendance at the memorial service included the Duke and Duchess of Cambridge and their children Prince George and Princess Charlotte, but their youngest son Prince Louis did not attend.

Several of the Queen’s other great-grandchildren also attended the service, including Mia Tindall and Savannah and Isla Phillips. 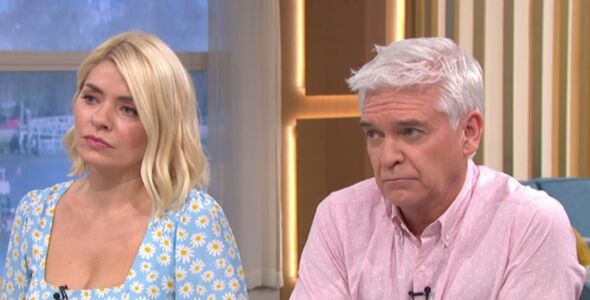 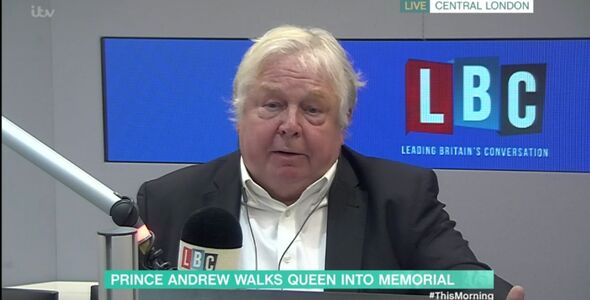 This Morning: Nick Ferrari often shares his views on the ITV show

While Prince Harry did not fly over from California for the memorial, he did make the trip last year for the late Duke’s funeral.

Neither the Duke nor Duchess of Sussex released a statement ahead of Tuesday’s memorial service.

It has been noted the reason Harry chose not to attend was his security concerns for his family, which have led him to launch a case against the Home Office.

Angela replied: “He knows very well he can’t have all the details of MI5 and MI6 anymore because he’s stepped back from being a working royal, but this is what he wants and this is why he is taking the Home Office to court.”

The royal expert then voiced another reason she thought Harry decided against travelling to London for the service.

She claimed: “I think there is another reason why and that is he doesn’t want to come here without a Netflix gang of photographers and people there because he needs to make another documentary.”

Angela continued: “They have lots of money and they haven’t really done anything.

“Meghan [Markle] is doing something in the summer, but he’s got to [do something].”